Manchester United came from two goals down to beat Atalanta to leave their manager impressed, but his former team-mate Paul Scholes was quite simply not on the same wavelength

Ole Gunnar Solskjaer credited his Manchester United side for their comeback against Atalanta and insisted they performed well in the first half, something his former team-mate Paul Scholes disagreed with.

The Red Devils were given an almighty scare at Old Trafford after going 2-0 down early on thanks to goals from Mario Pasalic and Merih Demiral for the visitors.

Marcus Rashford pulled one back to make it two goals in as many games since his return from injury before Harry Maguire equalised in the second half.

Just like on matchday two when they came back against Villarreal, Man United had Cristiano Ronaldo to thank for providing the winning goal as the hosts came through unscathed with a 3-2 win.

United were criticised for a profligate performance in the first half, having missed several chances on goal.

But the Norwegian boss said he was satisfied with their display going forward, warning that they must stop shipping goals early in the game.

“I thought we played well in the first half, but two chances two goals and that has to stop,” Solskjaer said after the game to BT Sport.

“We’ve got a habit of doing this at this club, but first half we played well but they never stopped believing and kept going.”

But United legend Scholes, who played with Solskjaer during the glory years under Sir Alex Ferguson until the latter left in 2006, saw it differently.

“Ole was emotional but the shape was all wrong in the first half,” Scholes said.

“I thought they [Atalanta] had too many chances and to be fair, when a team is getting beat 2-0 at half-time at home, I wouldn’t say the performance could be that good.

“Like I said, he’s emotional. He’s just won a game, but I didn’t like the first half and it’s worried me.”

Will Manchester United beat Liverpool on Sunday? Make your predictions by commenting below.

Atalanta striker Duvan Zapata was guilty of missing a gilt-edged chance at 2-0 and that miss would be rued by the Italian side as they were pegged back.

But Scholes believes that a more potent team in front of goal would have put the game to bed before Man United could mount a comeback.

“If we play like that against a proper team it will be disastrous,” he added.

“He said before the game [it would be] 4-2-4 and it was exactly what it was. If they play like that they’ll get destroyed.

“There was no connect between the team. Fred gets pushed out and [Scott] McTominay didn’t know where to go. If that happened, could you imagine [Kevin] De Bruyne playing against that?”

United face unbeaten Liverpool at Old Trafford next on Sunday and Scholes said he is “really worried” if they perform in the same manner against the Reds.

“I get the United excitement but that first half put me off the second half, and if United were playing a better team they’d be out of sight,” he added.

“They played Atalanta side who had five players missing, a defender who went off at half-time and I get the excitement.

“But there was something about that first half that was worrying. It lacked unity. That was a worrying sign.

“Can they play against Liverpool like that? Never in a million years.

“It’s a great night Cristiano the big hero but the first half was a real worry for me.” 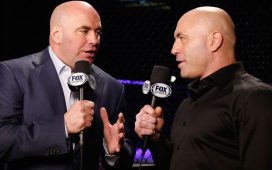 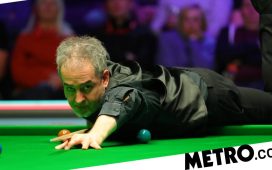