Manchester United midfielder Paul Pogba insists he’s ‘happy’ at Old Trafford and is focused on ending the season with silverware.

The Frenchman has enjoyed one of his best seasons at the club since returning in a then-world record £89million deal in 2016.

Bruno Fernandes’ arrival has helped alleviate the pressure on Pogba and the playmaker has afforded the France star to move between central midfield and the left flank, as he no longer carries the burden of being the side’s sole creator.

Pogba’s impressive campaign has come against a backdrop of comments from his agent, Mino Raiola, that he is ‘unhappy’ at Old Trafford.

In December, the super agent said United would be wise to cash in on Pogba this summer to avoid him leaving on a free transfer in 2022 such is his unhappiness at the Theatre of Dreams.

Asked if he’s happy at the club and if the side are going in the right direction, Pogba told Sky Sports: ‘I’m happy! Of course I’m happy. I’m happy.

‘We’re there, we’re close [to winning trophies]. We’re still in competition for the Europa League, we still have something to play for in the Premier League until City have the trophy in their hands.

Solskjaer selected Pogba as an attacking midfielder when he first arrived at Old Trafford but Fernandes now occupies that space.

The Frenchman is now used either in central midfield or on the left flank, depending upon what opposition United play.

‘If the manager tells me to play deeper, I’ll play deeper and give my best to help the team as much as I can,’ said Pogba.

‘If I have to be higher in the pocket, I will do the same

‘I just prefer to play. I like attacking, I like being in the box, I like to be decisive for my team – if I can do both, I do it. I like to defend as well, to recover balls and get to the box.’


MORE : Mikel Arteta explains why he picked Mat Ryan over Bernd Leno in goal against Fulham 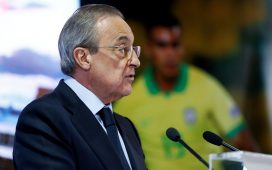 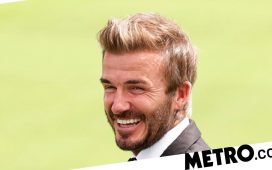 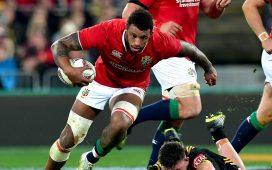 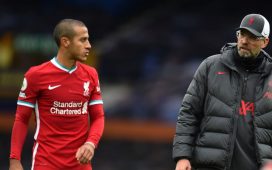