Paul Gascoigne has reportedly been rushed to hospital after injuring himself on the Italian version of I’m a Celebrity.

The Rangers legend was filmed taking part in a challenge for the show when he appeared to hurt himself.

Gazza could then be seen holding his shoulder and grimacing in pain before being led to a waiting medical team off camera.

Later on the show, it was revealed that the ex-footballing star was ‘not seriously hurt’ but had been taken to hospital for an x-ray and a check up.

The 53-year-old was not seen for the remainder of the show and missed last night’s nominations, The Sun reports.

Gascoigne is currently taking part in the Italian version of I’m a Celebrity, which is called L’Isola dei Famosi – or the Island of the Famous.

The show is filmed on the island of Cayo Caochinos, off the coast of Honduras and lasts for two months.

Gazza had to quarantine for two weeks on his arrival to the Central American country and UK officials let him participate as it is a work-related venture.

Don’t miss the latest news from around Scotland and beyond. Sign up to our daily newsletter here. 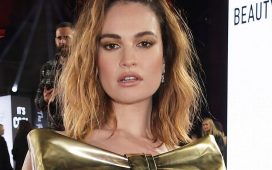