Patsy Palmer has opened up about her fears that her children could end up turning to drugs and alcohol as they follow her into the entertainment industry.

The 47-year-old soap actress has been open about her past tendencies to abuse drugs and alcohol and has discussed turning up to work on the set of EastEnders in the 1990s still high or drunk fro the previous night.

Looking back at her past addiction, the star said she does worry that history could repeat, in a sense, should her children also develop drug or alcohol addictions.

“Of course. You’ve just got to keep them alive, don’t you? My kids are lovely and I don’t want to project that stuff on to them,” Patsy told The Sun on Sunday’s Fabulous magazine when asked if she worries her kids might give into the darker temptations found in the entertainment industry.

Having endured, and survived, a wild youth herself, Patsy adds she is under no illusions that her children could experiment themselves – but doesn’t want to speculate by comparing her own drug and alcohol issues with their experiences.

“They’re doing whatever teenagers do and I can’t be under illusions about that. But it’s my story, it’s nothing to do with my kids. They are their own people,” she said.

She says that she and husband of 19 years, Richard Merkell, take a liberal approach to raising the children.

“The most important thing for us is having dinners together as a family and trying to get together as much as possible. For me and Richard, it’s being solid and being there for them,” she said.

“We let them go, but they always know we’re there. I know it’s different for everyone, but that’s us,” she added.

Of her own wild past, Patsy previously told Pier’s Morgan’s Life Stories that she feels lucky to be alive.

He quizzed her after she had confessed there were instances when she would go straight from getting high in clubs to work on EastEnders.

“Quite a lot. Too much. I’m just grateful to be alive. I was offered heroin once, I remember it very clearly. I was too scared and I’m so glad that I was, as I could’ve gone down a very different road,” she said. 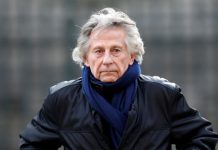 Peter Kay 2020 tour – where is he touring and how to get Dance For Life tickets?