The message beneath Patrick Bamford’s Twitter avatar seems particularly heartfelt. “Grass isn’t always greener on the other side,” it declares. “It’s greener where you water it.” Sean Dyche, Alan Pardew, Alex Neil, Garry Monk and the other managers who underestimated the Leeds United striker’s talent cannot fail to appreciate the pointed subtext.

When Bamford registered the 100th professional goal of his career as Marcelo Bielsa’s side beat Crystal Palace last Monday those pundits who had declared he was not a Premier League centre forward were fully silenced. It was his 12th in 22 top-tier games this season and, considering Harry Kane has scored 13 and Jamie Vardy 11, emphasised precisely why the 27-year-old striker is now in contention for an England summons.

This metamorphosis is widely, and correctly, credited to an amalgam of Bielsa’s coaching and Bamford’s suitability to the Argentinian’s default 4-1-4-1 system. Yet the rather more unlikely figure of Tony Pulis also played a vital part in the reinvention of a forward who had recorded only one goal in 27 Premier League appearances before the current campaign.

“I can’t speak highly enough of Tony,” says Bamford of a manager who sold him to Leeds from Middlesbrough for £7m in 2018. “Working under Tony helped me a lot, it changed the way I approached the game and made me realise I had to be a lot more aggressive.”

When Pulis succeeded Monk at Middlesbrough, Bamford had been sidelined at the Championship club. After five years on Chelsea’s books without making a single first-team appearance and experiencing strained relations with Pardew, Neil and Dyche during loan stints at Crystal Palace, Norwich and Burnley, his career seemed not so much slow burn as all but extinguished.

Pulis knew Bamford was an academically high-flying product of a private, rugby-playing school who rejected a football scholarship to study business at Harvard in order to turn professional for his local club, Nottingham Forest. But, crucially, he saw beyond the lazily inaccurate received wisdom about the forward being “posh and pampered” and his family “too wealthy”.

Above all, he recognised the potential of a two-footed forward blessed with exceptionally intelligent off-the-ball movement and a magnetic first touch capable of scoring some technically demanding goals. He noted Bamford appeared a little underpowered physically but, at 6ft 1in, proved highly proficient in the air and was quicker than he looked.

Throw in a selfless ability to link play, work the channels and hold the ball up, he had, in Pulis’s words: “Everything a striker needs, including great strength of character. Patrick’s a very good lad but he had a privileged upbringing and got slaughtered for it, so he needed a thick skin.”

The dressing room banter really began after Chelsea snapped up the violin-playing linguist – Bamford speaks decent French – from Forest and dispatched him on a series of loans with varying success. He was happiest, and most prolific, at Middlesbrough, eventually returning for £6m in 2017 to work under Aitor Karanka. When Boro wererelegated from the Premier League, Karanka – now a friend – was sacked, Monk arrived and, in football’s vernacular, “didn’t fancy” Bamford.

By the time Pulis inherited him he had long been recast as a winger but wasted no time in explaining precisely why he should be playing up front – and proving it by scoring a hat-trick in his first game at centre-forward.

Monk’s successor was quietly impressed but previous managers had not always appreciated his opinions and habit of, politely, answering back. Dyche sniped about Bamford’s upbringing. “He told me I’d been born with a silver spoon in my mouth,” recalls the son of an architect and a beauty therapist whose punishment for poor schoolwork was missing football practice.

Refreshingly, Bielsa could not care less about players’ backgrounds but swiftly detected that his new signing had been unloved by too many for a little too long.

When he returned to training after missing four early months of his first season at Leeds with damaged knee ligaments, Bamford scored an almost impossibly audacious volley in training. Tellingly, as the ball struck the back of the net the normally impassive Bielsa astonished everyone by raising his arms in celebration and running, rather stiffly, 40 yards to embrace the startled striker. It was the beginning of a relationship built on mutual trust that would eventually help return Premier League football to Elland Road.

“I think he’s seen something in me not many other coaches did,” says Bamford but, as Bielsa prepared to take his side to Arsenal on Sunday, he was typically reluctant to accept the compliment. “Bamford’s a complete mature professional,” said the Leeds manager. “What indicates that is the amount of attention he pays when he plays. It’s very difficult to take him by surprise because he’s so focused. He’s been like this since I met him.” 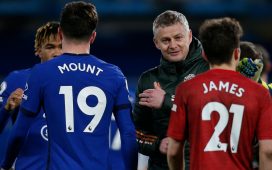 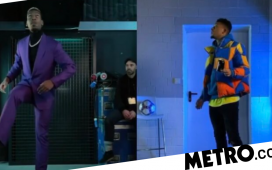 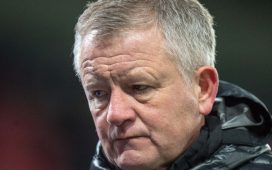 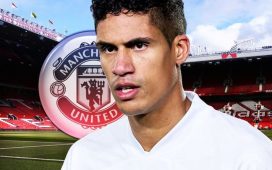