NEWSCABAL
NEWSCABAL > health > Parkinson's: Two lifestyle behaviours that more than double your risk – it is not diet
health

It is not known exactly what causes a loss of dopamine but certain lifestyle behaviours have been identified.

According to a study published in the journal Parkinson’s Disease, history of head trauma or concussion and exposure to lead may more than double the risk of Parkinson’s.

In determining risk of Parkinson’s, the study authors said that conflicting research has been published on whether genetic factors play a role in the pathogenesis of the condition.

As a result, they noted that Parkinson’s is likely caused by a complex interaction between genetic and environmental risk factors, which include exposure to pesticides, toxic metals, solvents, and history of traumatic brain injury.

Along with prior studies that have found a positive link between rural living and the development of Parkinson’s.

To gather their findings, the researchers conducted a questionnaire-based case-control study of people with Parkinson’s.

Participants were evaluated for lifestyle factors, including a variety of specific jobs, hobby-related activities, and associated chemical exposures.

“In addition to exposure and physical activity, participants reported on the family medical history of ‘diagnosis of neurological disorder’ (Parkinon’s, dementia or Alzheimer disease, multiple sclerosis, or other) within each of their family members,” the researchers said.

The researchers found that reports of suffering head trauma or a concussion that caused one to black out or lose consciousness prior to the diagnosis date were found to be much more frequent among those with Parkinson’s than in controls.

Family history of Parkinson’s in a first or second-degree relative was also found to be significantly greater in cases than in controls.

“Parkinsonism” is the umbrella term used to describe the symptoms of tremors, muscle rigidity and slowness of movement.

According to the NHS, Parkinson’s disease is the most common type of parkinsonism, but there are also some rarer types where a specific cause can be identified.

These include parkinsonism caused by:

See also  Runny nose is NOT a sign your child has coronavirus, top medic blasts

How is parkinsonism diagnosed?

Parkinson’s UK explained: “You should be referred to a Parkinson’s specialist for the diagnosis of any parkinsonism.

“They may wish to explore different things before giving you a diagnosis.”

According to the health body, your specialist will look at your medical history, ask you about your symptoms and do a medical examination. 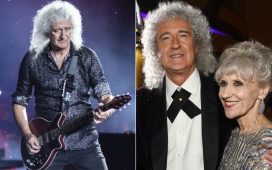 Supplement warning: The popular mineral ‘doubling’ your risk of having a heart attack 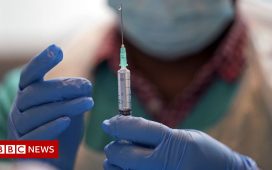 Life after loneliness: ‘At school, I was incredibly isolated – then I learned to build deep, thriving friendships’