NEWSCABAL
NEWSCABAL > health > Parkinson's disease symptoms: Straining to go for a poo is one sign of the brain condition
health

Parkinson's disease symptoms: Straining to go for a poo is one sign of the brain condition


Bowel difficulties could be a warning sign of Parkinson’s, particularly if you’re struggling to go for a number two every day. Straining on the toilet seat is only a potential symptom if it’s accompanied by other signs. The Parkinson’s Foundation explained that “brain changes” can affect the muscles that push food through the digestive system. In addition, the brain condition can “affect the nerves that line the digestive tract” – otherwise known as the enteric nervous system.

One research study found that having less than one bowel movement daily indicated a four times higher risk of developing Parkinson’s.

Other causes of constipation can include:

On its own, constipation can’t be a certain indication of Parkinson’s disease.

However, if it’s combined with a tremor – another early indicator of the brain condition – then it’s time to book an appointment with your doctor.

People with Parkinson’s might experience a slight shaking or tremor in their finger, thumb, hand or chin.

Another possible sign could be when your handwriting is getting smaller and smaller.

When you put pen to paper, if the letters are smaller and more crowded than usual, it could a visible warning.

Also pay attention to how your body feels – any stiffness in the body, arms or legs could be a telling sign.

See also  Coronavirus – China has deadliest day yet as death toll hits 213 and cases surge towards 10,000

In order for a Parkinson’s diagnosis to be made, two of the four following features must be present over a period of time. This includes:

The condition is thought to be caused by a combination of genetic and environmental factors.

For instance, there are dozens of hereditary gene mutations that have been linked to the brain condition.

Environmental factors can include a head injury and exposure to pesticides.

The charity stated that more “Parkinson’s-specific research” is needed to better understand how to prevent the condition.

At present, for unknown reasons, the condition seems to affect more men than women.

However, one risk factor that certainly can’t change is a person growing older in age. 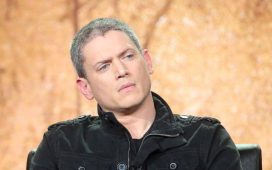 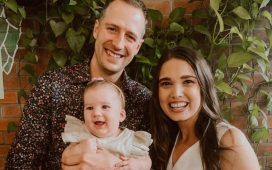 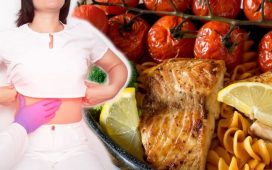 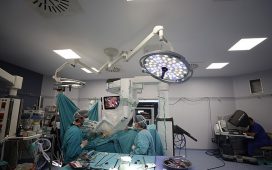 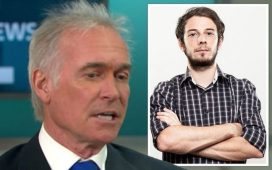