CASH-STRAPPED parents have been warned not to turn to “buy now, pay later” firms to cover Christmas costs.

Debt charities are concerned more Brits will use credit to fund festive spending this year due to the impact of Covid on families’ finances.

The end of furlough and the £20 weekly cut to Universal Credit could put more pressure on families this holiday season.

Both financial aid schemes end on 30 September just as Brits kick off their Christmas shopping.

“Buy now, pay later” firms such as Klarna, Clearpay and Laybuy let shoppers buy items on credit and pay for it at a later date.

Payments are usually spread out over several months, but some firms also ask shoppers to pay the full balance by the next month.

The growing sector has come under fire for not being tough enough on checking customers can afford repayments.

It is currently unregulated – although new rules are in the works – meaning there are fewer checks and balances than for traditional borrowing.

A government-commissioned review into the sector, published in February, found that many consumers don’t view the borrowing as a form of credit.

This means customers ofter do not apply the same level of scrutiny.

It said checks undertaken by Buy Now Pay Later providers focus on the risk for the firm rather than how affordable it is for the customer.

That can lead to vulnerable Brits quickly finding themselves with debts they will struggle to repay.

See also  Which retailers were the Christmas winners and losers?

The firms don’t charge interest but they can apply late fees.

Many shoppers also don’t realise that buy now, pay later firms can pass the debts onto collectors in the event of non-payment.

Sara Willcocks, head of external affairs at debt charity Turn2us, said the pandemic has had a “devastating effect” on incomes.

She said: “The past 18 months, paired with the upcoming £20 weekly cut to Universal Credit and ending of furlough, means this winter will be financially difficult for a lot of us.

“Many parents will only be able to afford Christmas presents this year by using credit – including buy now, pay later schemes.

“While these schemes may seem tempting, they hit people on low incomes the hardest.

“We urge anyone considering using credit to pay for Christmas to look into alternatives, such as charitable grants, and to ensure they are claiming all the benefits they are eligible for at this time.”

Kate Hobson, consumer expert at Citizens Advice, added: “Money can often be tight in the run up to Christmas, but it’s still really important not to spend more than you can afford.”

If people do opt to use Buy Now Pay Later they should make sure they understand what they’re signing up for, she said.

Consider how you will make your repayments and what will happen if you don’t pay on time.

We’ve pulled together some advice on how to cover Christmas costs this year.

The first step you should take is checking that you’re receiving all of the benefits you’re entitled to.

Millions of Brits are unaware of all the help they’re entitled to claim and end up missing out on thousands of pounds.

Turn2Us has a handy benefits calculator that will help you work out whether you could get more benefits.

Make sure you have key documents to hand in order to use the calculator, including information on benefits you already claim.

You will also need to provide information from your bank statements and on housing costs.

If you have a partner who lives with you, you will have to provide details about them.

The charity has an A-Z of benefits so you can double check whether you could be claiming more.

Some charities provide grants for people struggling financially in the UK.

Turn2Us has a search tool that will help you find out if you’re eligible for financial help from a charity.

Your eligibility will be determined by your age, gender and where in the country you live. It can also be impacted by your occupation and nationality.

Some of the grants are ringfenced for specific needs such as replacing white goods, and others can be spent on whatever you like.

The Salvation Army do a present appeal each year to collect gifts for children whose families can’t afford to buy them presents.

Recipients can be referred by Salvation Army centres – find your local centre and contact them to see if you could be eligible.

They also work with social services departments, health visitors and schools to find people in need, although this involvement varies across the country. 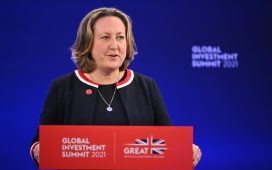 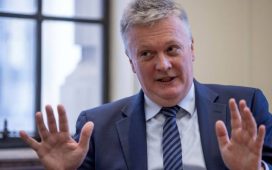 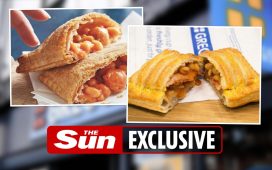