Three decades of school choice in England has left parents feeling more “cynical, fatalistic and disempowered” than their peers in other parts of the UK, according to new research.

A study comparing parents in England, where families can name up to six state schools for their children to attend, with those in Scotland, where children are generally assigned to local state schools, found Scottish families were still more likely to be satisfied with the outcome.

While 75% of parents in England said they had enough choice of schools, 76% of those in Scotland said the same, despite their lack of explicit choices within the admissions process.

Parents in England were more likely to express frustration and disempowerment, with several calling the current school choice policies an “illusion”, in surveys and interviews conducted for the research published in the Journal of Social Policy.

Aveek Bhattacharya, the chief economist at the Social Market Foundation and the author of the paper, said: “This research adds to the growing evidence that school choice policies have failed to bring the benefits they were supposed to.

“For all the emphasis that policymakers in England have put on increasing choice, parents south of the border are no happier with their lot than their Scottish counterparts. Indeed, many are disenchanted and dismayed.

“These findings show that parents offered a range of options for their children’s school are no happier than parents who have less choice about education.”

The findings come ahead of the deadline for primary school admissions in England on 15 January, which sees hundreds of thousands of families apply through local authorities for state school places starting in September.

In London, Manchester, Birmingham and some other areas, families can rank up to six school preferences, while in most parts of England families have up to three choices. Local authorities then act as clearing houses, using an algorithm to match applicants to schools on the basis of parental preference, admissions criteria and the availability of places.

But in Scotland, children are assigned a place at the nearest school unless their parents or carers decide to opt out and apply to a different one. As a result, children in Scotland are twice as likely to attend their local school than those in England.

But with school choice enshrined in legislation in England since 1988, Bhattacharya said the government may find it is unable to meet the expectations it has raised.

“It is unclear whether in England the genie can be put back in the bottle, as parents may resent choice being taken away from them, now it has been granted. Having raised expectations, policymakers might only be able to limit the frustration.

“They can do this by minimising unsuccessful applications, for example by creating more places at the most popular schools, and reducing the uncertainty of the process, for example by guaranteeing children a place at their nearest school,” he said.

Previous research has found that 35% of families in England name just one school in the admissions process, while 27% name the maximum number permitted.

The earlier research also found that there were wide differences in the use of choice based on family ethnicity: 41% of white British households named only one choice of school, compared with 17% of Asian households and 12% of Black households. 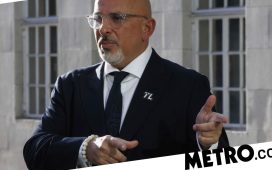