Islamabad: Pakistan’s foreign minister has offered full facilitation of trade and commercial links to the Middle Eastern region with Afghanistan and onwards with Central Asia for “enhanced connectivity between our regions which will yield rich dividends for our peoples.”

Speaking at a ceremony in Islamabad held to mark the 50th anniversary of the United Arab Emirates (UAE), Foreign Minister Shah Mahmood Qureshi extended the heartiest congratulations to the people of UAE and its leadership on the Golden Jubilee from the people and Government of Pakistan. “We wish them phenomenal success in all their endeavours,” he said.

Qureshi lauded the tremendous progress achieved by UAE would not have been possible without the visionary leadership of the UAE’s founding father the late Sheikh Zayed bin Sultan Al Nahyan. The ceremony was attended by senior officials, UAE Ambassador Hamad Obaid Al Zaabi, and foreign diplomats.

Recalling that the great leader had a lot of affection for Pakistan, SM Qureshi reminded Pakistanis that Sheikh Zayed had taken a personal interest in many socio-economic projects in Pakistan and also encouraged Pakistani workers to work in UAE. He called Pakistanis working in the UAE “a strong bridge between Pakistan and UAE.” He noted that Pakistan and UAE have excellent fraternal relations underpinned by a shared heritage and multifaceted cooperation. UAE is the second home to about 1.6 million Pakistanis.

At the event held to celebrate UAE national day, Qureshi said: “Today, we are not only celebrating the Golden Jubilee of the unification of United Arab Emirates but also 50 years of diplomatic relations between Pakistan and UAE.” He said that Pakistan-UAE relations were reinvigorated after Prime Minister Imran Khan took office with frequent visits generating new momentum in bilateral ties.

Qureshi said economic and trade ties between Pakistan and UAE are an “important part of our bilateral relationship and have been growing steadily.” With bilateral trade of over $8 billion, UAE remains Pakistan’s largest trading partner in the Middle East and North Africa region. “It is also among the largest foreign investors in Pakistan.”

He invited the UAE and other Middle Eastern states to benefit from economic opportunities being created in Pakistan with the steady progress of the China Pakistan Economic Corridor (CPEC) and operationalisation of Gwadar port. “Pakistan is ready to connect the Middle East with Afghanistan and onwards with Central Asia” he said.

Pakistan’s foreign minister also congratulated the Gulf state on successfully hosting Expo 2020 – the first-ever World Expo in the Middle East, North Africa and South Asia (MENASA) region. President of Pakistan Dr Arif Alvi visited UAE to inaugurate the Pakistan Pavilion which has been hailed as “one of the most vibrant, active and colourful pavilions,” showcasing the ‘hidden treasures of Pakistan.’ 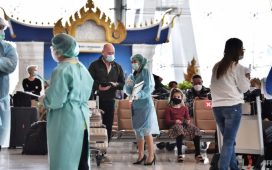 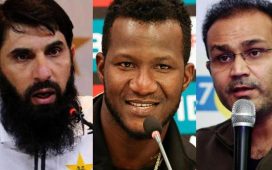 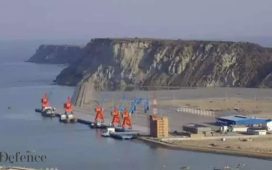 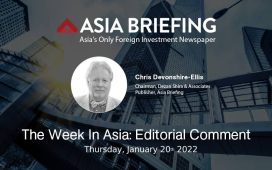