The 48 year-old Mrs Folarin, who was also a lawyer, died on Friday afternoon in the UK.

Her death was confirmed by the senator’s Special Adviser on Media and Publicity, YSO Olaniyi.

Although the cause of her death was not made known, Mr Olaniyi, in a statement, said the deceased was hale and hearty until the time of her death.

“With total submission to the will of Almighty Allah, we announce the death of our wife, mother and sister, Chief (Barr.) Angela Nwaka Folarin.

“The wife of Oyo Central Senator was confirmed dead on Friday afternoon. She breathed her last in UK.

“The deceased was hale and hearty until the angel of death knocked the door. May Almighty God comfort us and grant Late Angela an eternal rest,” he said.

The Senate Chief Whip, Orji Kalu, was among the first to condole the senator and his family.

Mr Kalu who expressed shock at the news, described the late Ms Folarin as a woman of virtue who supported her husband in his political and humanitarian endeavours.

“I received with pain the news of the passing of wife of Senator Teslim Folarin, Mrs Angela Folarin.

“She was a virtuous woman who committed her resources to the empowerment of the womenfolk.

“The deceased played noble roles in the advancement of the cause of the people by complementing her husband’s humanitarian gestures.

“Her demise is a huge loss to the womenfolk. May her gentle soul rest in perfect peace, ” Mr Kalu said.

He prayed for eternal rest for the deceased and urged Mr Folarin to take solace in the fact that his late wife was committed to the service of mankind.

He also prayed to God to give the Mr Folarin and his family the fortitude to bear the irreplaceable loss. 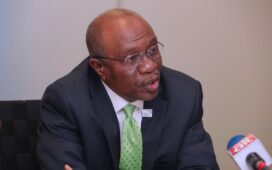 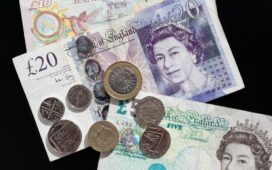