The Oyo State Government on Friday January 17, 2020, declared that it has launched an investigation into the circumstances surrounding the illegal demolition of classrooms in two state-owned Primary schools in Ibadan metropolis.

The Chairman, Oyo State Universal Basic Education Board, Dr. Nureni Adeniran while on official tour to schools in Ibadan discovered yesterday that some unknown individuals in Egbeda and Ona-Ara Local Government Areas of the state illegally entered the premises of two primary schools and demolished blocks of classrooms without authorisation.

Though, they intend to reconstruct the demolished block of classrooms but Adeniran stopped construction work, saying that no matter how good the intention is, due process must be followed, summoning those behind the demolition to his office for explanation.

However, in a statement signed by Taiwo Adisa, the Chief Press Secretary to Governor Seyi Makinde, the government has vowed to prosecute the demolishers.

The Government described the act as illegal, untoward and totally condemnable, adding that it would not sit down and watch saboteurs destroying public properties for whatever reasons.

According to the statement, the individuals who destroyed the classrooms got no approval from the State Universal Basic Education Board, which holds the schools in trust for the government and the people.

“While the state government is desirous of working with good-spirited members of the society in managing public infrastructure, the administration will not condone lawlessness and failure to adhere to due process”, the statement read.

The statement added: “The Government frowns on the demolition of blocks of classrooms at the Community Primary School, Ayepe and Methodist Primary School, Gangansi in Egbeda and Ona-Ara Local Government Areas respectively by some hoodlums purportedly on the order of a National Assembly member from the state. The act, to say the least, is untoward, illegal and totally condemnable. No one, no matter how highly placed, is allowed to unlawfully enter a public school premises and demolish buildings under whatever guise without approval from Government. We see this as an act of provocation and lawlessness and as a government; we will not sit down and watch some lawless individuals have their ways in sabotaging government by destroying school properties or embarking on renovations of public property using lawless means simply for political showmanship”.

The statement added, “Governor Seyi Makinde has mandated the relevant security agencies to commence investigation into the circumstances that led to the demolition of the classrooms in the two aforementioned schools. The governor has also given directives that the law enforcement should bring the perpetrators to justice so as to serve as deterrents to other individuals who may want to follow such path of lawlessness. Governor Makinde has said it times and again that his administration is open to working with public-spirited individuals to bring about massive improvement in the infrastructure in the education and other sectors in the state. But that partnership must follow due process”.

“Any individual or politician with the intention to collaborate in building infrastructure in Oyo State schools should know that the schools are public properties under the trust of the government and they should approach the government for appropriate approvals. Anything short of this is lawlessness. As a government that has sworn to defend the laws of the land, the Government of Oyo State is ever ready to put every tendency towards lawlessness under the check of the long arms of the law”, it concluded. 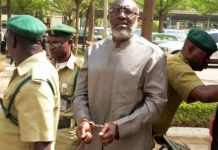 Alleged N400m fraud: Metuh’s fate to be decided on Tuesday

Court remands ‘doctor’ in prison for ‘certificate forgery’ in Kaduna

It Is Madness For Political Office Holders To Move In Large Convoys, Says Peter Obi 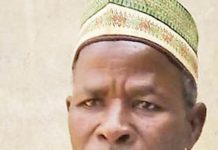 Man dies in the middle of Jumat prayer