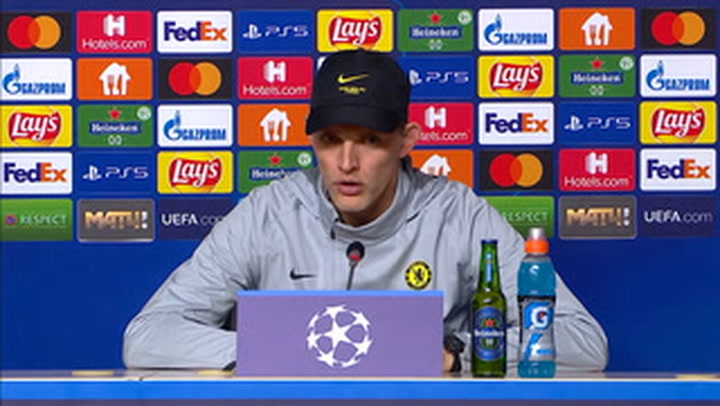 James played the full 90 minutes in the centre of the pitch as the Blues were held to a 3-3 draw in their final Champions League group match in Russia.

With Mateo Kovacic, Jorginho and N’Golo Kante unavailable, Tuchel opted to try the full-back out in central midfield as part of eight changes to his side.

It was a mixed night for Chelsea as Timo Werner scored twice and set up the other goal and Kepa Arrizabalaga made some important saves, but the defence creaked.

Werner gave Chelsea the lead from a corner after just two minutes but Zenit replied through Claudinho’s header and Sardar Azmoun’s one-on-one finish to go into the break 2-1 up.

Romelu Lukaku netted from Werner’s pass before the German smashed in a low finish in the 85th minute to make it 3-2.

Chelsea appeared to have secured the points and top spot in Group H but Magomed Ozdoev hammered in a volley in injury-time to spoil the party.

While it was a disappointing night for Chelsea in general, BT Sport’s pundits were encouraged by James’ performance in central midfield.

The 22-year-old has primarily been used as a right wing-back by Tuchel, but his versatility is something former Manchester United defender Rio Ferdinand was not surprised by.

“When he was on loan at Wigan as a kid he played centre-midfield there and the reports that came back from there was ‘who is this kid? Oh he’s a right-back.’ He got player of the year at Wigan and he’s a ridiculous talent,” he said on BT Sport.

“We spoke about young players, right-backs in this country dictating games. He went into midfield and looked like he was playing there all of his life. He was dominating, passing, breaking things up but he looks accustomed to playing there.”

HAVE YOUR SAY! Does Reece James have a future in central midfield for Chelsea? Comment below.

Hargreaves believes James’ adaptability makes him the best all-round prospect for England in his position, ahead of Liverpool’s Trent Alexander-Arnold.

And the former Manchester United midfielder even compared him to Essien, who helped Chelsea win four FA Cups, two Premier League titles and the Champions League between 2005 and 2014.

“You know who he reminds me of when he plays there? Essien,” Hargreaves claimed.

“Powerful. Much better feet but he can cover ground he can play on his own and get up against players 1-v-1.

“He’s such a great player. I don’t think he has a weakness, he’s the most complete out of all the full-backs.

“Trent offensively has more of a wand, but Reece is better defensively. In a one-off game [for England] you play Kyle Walker, but right now Reece has the highest ceiling.

“Trent is the best technically but Reece has an upside physically.”