Ovo Energy, Britain’s third-biggest energy retailer, is to axe a quarter of its workforce as part of a cost-cutting drive as the energy crisis puts remaining suppliers under severe strain.

The lossmaking group, founded in 2009 by former City trader Stephen Fitzpatrick, is expected to announce on Thursday a redundancy programme that would involve removing about 1,700 roles out of a total workforce of 6,200, according to a person familiar with the matter.

Ovo was propelled into the top flight of energy suppliers at the start of 2020 when it completed a £500m acquisition of SSE’s British electricity and gas retail arm.

It shed 2,600 roles in 2020, saying at the time that the coronavirus pandemic had forced it to speed up the integration of the SSE business. As customers have been migrated across from the SSE business to Ovo’s IT platform, fewer staff have been required.

The new job cuts will probably raise concerns over the financial health of Britain’s remaining energy suppliers, which have come under intense pressure from surging wholesale and gas prices. More than 26 rival companies have gone bust in the past five months. The biggest, Bulb Energy, is being propped up with a £1.7bn taxpayer loan.

While many of the failures so far have been put down to poor business practices and a failure to properly hedge for wholesale price volatility, energy industry executives have warned the crisis is now hurting well-run companies as there is a gap of millions of pounds between what they can charge households under Britain’s energy price cap and the actual cost of buying energy to serve customers.

The remaining suppliers have been pleading with ministers to relieve pressure on both the sector and households. Fitzpatrick has been highly critical of ministers’ lack of action so far, warning last month that politicians and the energy regulator Ofgem had “failed to grasp just how serious the situation is”.

Alongside the job cuts, Ovo is also expected to announce a commitment to raise minimum pay at the group. The company is hoping to eliminate those jobs as part of a voluntary redundancy programme.

Ovo was earlier this week forced to apologise after the Financial Times reported that it sent an email to SSE Energy Services customers offering tips such as doing star jumps, cuddling pets and eating porridge to help them cut down on their energy bills. Ovo said it was “embarrassed” and “sincerely” apologised for the tips.

News of the job cuts was first reported by Sky News. 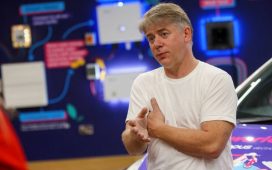 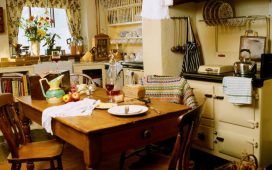