The hotel industry is rebounding from the pandemic, but workers now fear planned labor cuts could cost tens of thousands of jobs and increased workloads for those who remain.

Several of the largest US hotel chains have outlined different ways of working, which labor groups say amount to a slide in standards that could have a profound impact on workers’ lives.

Nuris Veras Merlos, a housekeeper at a Hilton in downtown Seattle, was recently recalled to her job, but is only scheduled one or two days a week because her hotel eliminated daily room cleaning. She is concerned her job may disappear.

“Before the pandemic it was relatively simple touch-up cleaning. All of the surfaces, tiles, mirrors, glass, bathroom – it wasn’t such a big deal to clean them. Now when we work, the guests build up towels, wet floors, dirty linens, and it’s very difficult to scrub the tiles and all the surfaces. Sometimes they’re so dirty they’re black. And we have to use stronger chemicals to get them clean again and scrub with much more intensity,” said Veras Merlos.

It takes Veras Merlos and her co-workers nearly twice as long now to clean rooms after long stays, with much of the time spent picking up days’ worth of garbage and hauling a lot of dirty linens, trash, and cleaning equipment. She has to take ibuprofen to get through the more intense physical exertion.

“It feels like I’ve been run over by a train,” said Veras Merlos. “Hotels aren’t talking about the sacrifice and quantity of demanding work the housekeepers who worked during the pandemic have gone through. It’s scary seeing older, more senior workers getting injured. I have a co-worker whose shoulder is failing her and has been out of work for months. It makes me worry about my future.”

Several of the largest hotel corporations in the US have proposed to permanently cut housekeeping and staffing throughout their portfolios as part of hotel industry recovery.

Park Hotels and Resorts presented a plan to investors in November to reduce full-time staffing with a projected $70m annual savings in cuts, including cuts to housekeeping services.

The Hilton chief executive also affirmed to investors cost-cutting reductions to housekeeping would be made permanent, even as his compensation increased by 161% from 2019 to over $55m in 2020, while median pay for Hilton employees declined by 34% from 2019 to 2020.

A recent report from Unite Here, a labor union representing hotel workers, found plans to end daily housekeeping would eliminate over 180,000 positions around the US – 39% of all hotel housekeeping jobs.

The cuts would result in $4.8bn in lost wages for workers in an industry who are predominantly women of color. According to Unite Here, about 65% of their 300,000 union members in the US and Canada remain unemployed.

Julie Gabot has worked as a housekeeper at the Marriott-operated Sheraton Waikiki for over 30 years. She was recalled to work in November, but said many of her co-workers have yet to be recalled even as the hotel occupancy rates have recovered, and she’s been faced with higher workloads.

She explained the higher workloads have caused her constant shoulder and back pain, and she’s banged her fingers and arms on cleaning equipment and furniture while trying to rush to complete rooms. Workers often skip lunch breaks to complete workloads, she said.

“Once you finish working, you can really feel the pain in your body,” Gabot said.

Gabot and her co-workers, who are organized with Unite Here, have been handing out leaflets to hotel guests encouraging them to request daily room services from housekeepers to restore previous working conditions and so housekeepers who are still furloughed will be recalled.

Marriott did not respond to multiple requests for comment.

Andee Huang, a housekeeper at Westin Seaport in Boston for 13 years, returned to work in September while many of her coworkers were still waiting to be recalled.

“When I came home, I couldn’t cook or take care of my kids, and needed to take pills to be able to sleep due to the pain,” said Huang. “We were running around all day, and while rushing, you knock into tables and corners of furniture, so it’s dangerous. And it wasn’t fair for our co-workers who are stuck at home without work.”

See also  Nestlé launches made-to-order luxury KitKats for £14 a bar
Share on FacebookShare on TwitterShare on PinterestShare on Reddit
newscabalJuly 5, 2021 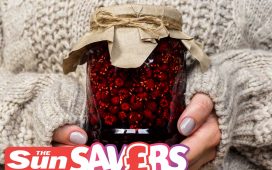 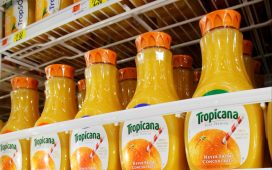 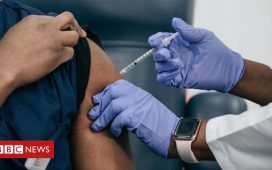 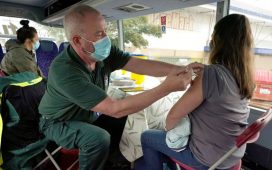