NewsCabal
NEWSCABAL > education > Over 95% of ethnic minorities have been affected by racism in the last two months, shows study
education

Over 95% of ethnic minorities have been affected by racism in the last two months, shows study


More than 95% of Black, Asian, and minority ethnic people in Britain have faced racism or racial prejudice, according to a new study.

The survey by Channel 5 News and race equality charity Race on The Agenda (ROTA) found that an overwhelming majority in the UK have been affected by racism.

To mark six months since the killing of George Floyd, Channel 5 News decided to investigate racial issues and make a special edition of its evening news programme.

The programme teamed up with ROTA to construct a questionnaire that would investigate the experience of racism in Britain today.

More than 500 people from ethnic minority backgrounds were surveyed over a four-week period in October and November.

They were asked about their experiences of racism in everyday life from education, workplace discrimination, accessing the NHS, accessing finances, public services, and their attitudes towards the police and the BLM movement.

Some of the findings included 93% of respondents saying their school curriculum was not diverse enough.

The workplace also didn’t fare well, with 85% of respondents experiencing one or more forms of racism in the workplace.

Almost half (49%) of respondents thought attitudes about race have not progressed since the BLM protests we saw in the summer.

And 26% of respondents said they have faced discrimination in accessing NHS services and almost one in five (18%) believe they have been denied pain medication or prescriptions from the NHS based on their race and ethnicity.

One of the people included in the study was Janet Ballentine, a midwife and the only Black board member for the Royal College of Midwives, who said patients have refused to be seen by her.

She explained: ‘When I actually got the lady’s note and looked in her notes, it was clearly documented that she didn’t want to be seen by anybody who wasn’t white, not a doctor, not a midwife, no one at all. And I had to consider to myself, why would one of my colleagues in this profession write that in her notes? Why would they not call that out, and action that?’

Similarly, Ahmed James says he’s continuously mistaken for other Black colleagues in the workplace. He said: ‘Despite informing them of my name I have had to tell them that I am not that other Black person. There have been instances where [we were] called little monkeys as well.’

Claudia Murray has also experienced microaggressions and been told her hair is not work-appropriate.

She said: ‘I have been told that my hair is unacceptable and dirty. When I put my hair in braids, in cornrows, I’ve been told it is ghetto and not work appropriate but when my white college does it, it is edgy, exciting and cutting edge.’

Ron Shillingford, from London, added: ‘I get these microaggressions nearly every single day, everywhere I go. People don’t want to sit next to you on public transport and women hold on to their handbags tighter.

‘I’m a professional man. As far as society is concerned we’re still second-class citizens, still in the pits.’

Maurice McLeod, Director of ROTA said: ‘Almost everyone in Britain, no matter what their cultural heritage, has an opinion on racism today. We wanted to investigate how racism impacts all parts of our lives.

‘Although it was a relatively small sample, we feel that our survey provides a snapshot and one that may surprise some people for whom racism is not part of their lived experience.’

The full programme, Everyday Racism, will be broadcast on Channel 5 News at 6.30pm on Wednesday 25 November.


MORE : I am sharing all of my experiences of racism online – here’s why

My teacher said I’d more likely be dead by 25 than a footballer. What if I had listened? | Troy Deeney

Bristol University found guilty of failings over death of student 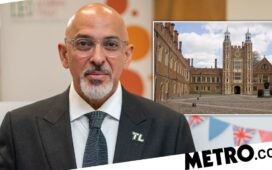 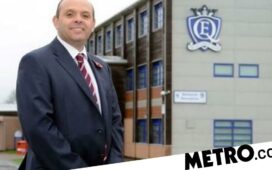 Headteacher sacked for covering up more than 28,000 pupil absences