The highly anticipated new season of Outlander has released a teaser of the opening credits, leaving fans fearing it hints at trouble for the Fraser family.

Fans are overjoyed with the news of the start date putting an end to ‘Droughtlander’ and the cherry on the top was Starz releasing the official opening sequence for season six.

There were some tweaks to the theme tune ‘The Skye Boat Song’ and the credits provided a ton of clues for what viewers can look forward to.

Lionel and his men had raped Claire as punishment for encouraging women to embrace their sexuality.

After killing his men, Lionel was taken back to Fraser’s Ridge for a trial where he was found guilty and punished to death.

Claire was given the opportunity to kill him but refused and decided to keep a promise to never murder, but although she showed mercy Lionel still met his demise.

Marsali Fraser (Lauren Lyle) injected him with a lethal injection which ultimately killed him.

Jamie carried his corpse to his brother Richard Brown (Chris Larkin) who threatened to seek revenge for Lionel’s murder.

With the tumultuous scenes for the credits, it looked as though the Fraser’s could be in trouble.

Viewers saw Claire covered in mud and running away from what appeared to be her destiny, which fans will remember happening in season one.

The target practice at Fraser’s Ridge, was built-up to completion which could suggest they had to finish it in time to practice and prepare for an impending war.

There was also a scene which showed Claire tending to Jamie’s back which had been intensely scarred.

Thankfully for fans, Outlander showrunners and cast have been open about what to expect in season six, without completely giving away the storyline.

A script from the premiere was released which detailed Jamie’s angst about new arrivals on Fraser’s Ridge.

Tom Christie (Mark Lewis Jones) and his children Alan and Malva will be the newest faces on the show.

It was revealed Jamie and Tom met while in prison back in Scotland and were not friends.

Marsali Fraser star Lauren Lyle also revealed there could be trouble in her relationship with Fergus (Cesar Domboy).

After killing Lionel for Claire and receiving threats from his brother Richard, she may have put her entire family in danger.

There is also the impending American Revolutionary War awaiting Claire and Jamie in season six, which will certainly rock their peaceful life in North Carolina.

Outlander season 6 will premiere on Starz on Sunday, March 6, 2022. 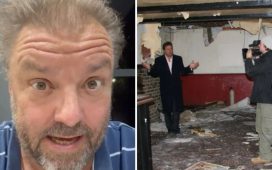 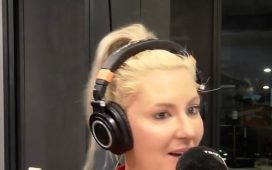 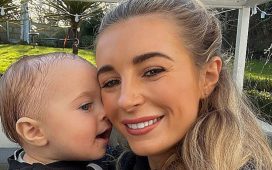 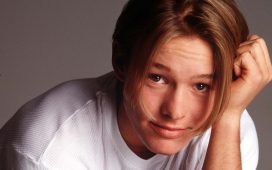 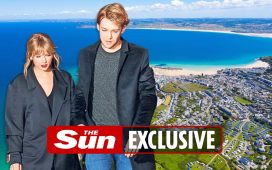