NEWSCABAL > africa > Our Perspective | Africa And Its Debt Crisis
africa

Our Perspective | Africa And Its Debt Crisis 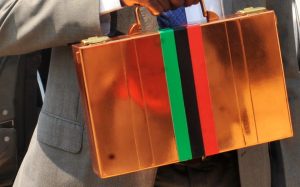 Many African countries are currently battling with effects of the COVID-19 pandemic which have put massive pressure on expenditures to fight the disease and at the same time, governments are implementing measures aimed at minimising as much as possible the social and economic effects this pandemic has had on their economies.
Most of these African countries did not foresee the current situation. A few months ago, Ghanaian President Nana Akufo said “We know how to bring an economy back to life. What we do not know is how to bring people back to life.” But the truth is that nobody knows how to resuscitate an economy after this emergency, because nothing like it has ever happened before; COVID-19 was not planned for and it caught many governments unaware.
While relief is being given to countries worst affected by the pandemic, developing countries like Zambia have been at the tail end of receiving such assistance and in most cases than not, the government has had to use its own resources to finance activities aimed at fighting the COVID-19. With this in mind, it is not surprising that most African governments are now pushing for debt relief because, with the financial pressures currently on their plates, debt repayments are proving a major strain and a serious disturbance to socio-economic programmes.
In mid-April, the G20 announced a suspension of bilateral debt payments for 73 of the poorest countries, half of them in Africa. The moratorium brought respite until the end of the year, with Ethiopian Prime Minister Abiy Ahmed saying; “This initiative needs to be even more ambitious. It should involve not just debt suspension but debt cancellation. It should last until well after the pandemic is over and cover borrowing from commercial lenders too.”
Realizing the tremendous effect COVID-19 has had on African countries, the African Union and a group of finance ministers called for a $100bn stimulus package for the continent, including $44bn of debt relief and a two-year suspension of payments.
Special envoy for the African Union (AU) and former finance minister of Nigeria, Ngozi Okonjo-Iweala, says “There is no question of anybody defaulting and not paying. But we need a standstill across the board to give us the breathing room.”
Mrs Okonjo-Iweala’s statement is exactly what the Zambian government is pushing for – debt relief and or cancellation, but has assured that there will not be any default for some of those debts that ought to be paid.
Zambia has since solicited suspension of debt interest payments and government has assured that it will continue to make debt service payments on outstanding Eurobonds if an agreement is not reached, finance permanent secretary Mr Mukuli Chikuba has revealed and explained that Zambia has maintained contact with all commercial creditors in a bid to reach consensus on how to address the debt as an ongoing process.
“We are just trying to be transparent. It is not a default. In fact, two days ago, we had interest payments due on the $750 million eurobond and we paid,” Mr Chikuba has said, an explanation that shows the government’s unwavered commitment to its debt payments.
And like Mrs Okonjo-Iweala has noted, the impact on the economies of the continent will not go away as fast as anybody could think and these countries, including Zambia, may require a little more time to recover economically and otherwise.