Osun State Government on Sunday said it had evacuated and destroyed 17 cows and two sheep killed by lightning in Gaa Elesun Village, Iba.

All the animals that died in the attack belonged to a herder called Ismaila Mohammed.

Over 40 cows belonging to different herders in the village were said to be tethered to posts in the open space, when the lightning struck in the settlement around 6:30pm on Friday.

However, only those owned by the said Mohammad died as a result of the incident.

In a chat with our correspondent on Sunday, Special Adviser to Osun State Governor on Agriculture and Food Security, Abiodun Ajisefinni, who led a delegation that also included the Commissioner for Regional Integration and Special Duties, Lekan Badmus, to the scene of the incident, said the animals were “evacuated and destroyed” to prevent epidemic.

Meanwhile, the leadership of the Fulani Community in the state has pleaded with Osun State Government to come to the aid of the herder that lost animals to the lightning.

Speaking with our correspondent in Osogbo on Sunday, Seriki Fulani for the state, Oluwatoyin Suleiman, said the affected herder had lost all he laboured for over the years.

He also dismissed claims that Fulani herders were leaving the state as a result of the incident.

Suleiman said, “Fulani men are not leaving the state as a result of Friday’s incident. The movement of  cattle and other animals is a norm and practice by herders to find veritable locations to feed their animals. The one observed by those behind the story was not unusual.

“The practice of moving cows at night has been on for long. The animals are moved in the night so as not to affect vehicular movement.

“Although we are saddened by the Friday incident, the state government has ensured that the affected animals were properly incinerated to avoid health and environmental hazard, while it should also look into the loss of the affected herder.”

CopyrightPUNCH.
All rights reserved. This material, and other digital content on this website, may not be reproduced, published, broadcast, rewritten or redistributed in whole or in part without prior express written permission from PUNCH. 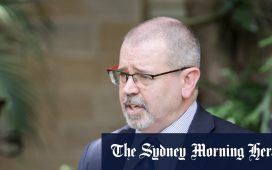 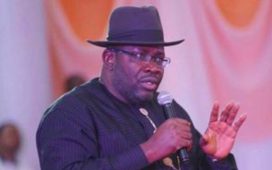