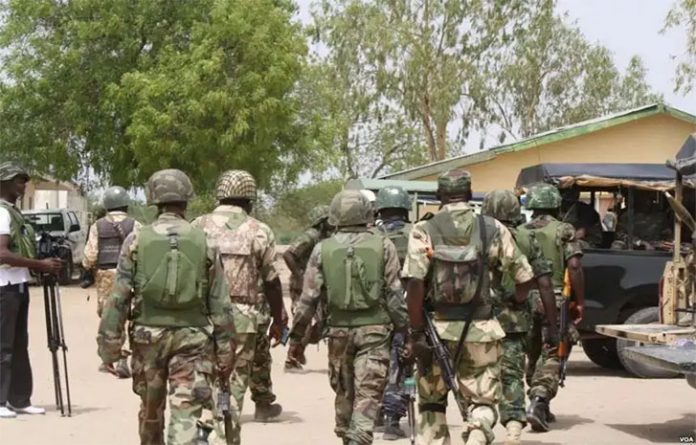 MAKURDI – Operation Whirl Stroke (OPWS), the military spike operation in Benue State said it recovered about 186 assorted weapons during its operations across three states of the country in the last year.

The states are Benue, Nasarawa and Taraba, where OPWS said it also arrested 171 militia and killed another forty in the year under review.

Force Commander, OPWS, Major General Adeyemi Yekini who disclosed this at a press conference in Makurdi on Monday said among the weapons recovered was one Clarion 5.56 Israeli Commando Assault rifle (FAMAS rifle), which he said is not even in the inventory of the military in Nigeria.

Giving a breakdown of the figures of recovered weapons, he said this include 127 local rifles, 41 AK 47 rifles, 5 SIG rifles, 9 locally made pistols, 2 SMG rifles and one FN rifle.

Other items recovered from bandits and militia during the period are 3, 569 assorted ammunition as well as charms.

He explained “These feats were achieved through deliberate mopping up of small arms and light weapons used by the militia to terrorise the people.”

Further breakdown of the weapons recovered showed that even though OPWS carried out more operations in Benue state, it recovered more weapons in Nasarawa state.