Oppo has yet to become a well-known name in the UK, but it’s the biggest smartphone brand in China after knocking Huawei off the top spot.

Hoping to make a dent in the minds of Western consumers, Oppo is launching its 2021 flagship, the Oppo Find X3 Pro here in the UK on April 14.

All three phones are fully 5G-ready, but the Pro is the one Oppo is putting forward to compete with the likes of the iPhone 12 Pro and the Samsung Galaxy S21 Ultra. It features four camera lenses, consisting of wide-angle and super-wide-angle 50-megapixel main lenses (both using Sony IMX 766 sensors) alongside a 13-megapixel telephoto camera and a 3-megapixel microlens.

The 50-megapixel main cameras have a f1.8 aperture and use ‘intelligent pixel-combining’ to capture 12.5-megapixel images as standard.

Aside from the array of cameras, what’s particularly noticeable about the back of the Find X3 Pro is the camera bump has actually been housed inside the chassis of the phone. It’s first of its kind to have this kind of camera tech nestled inside a unibody frame rather than stuck on afterwards.

While the camera tech is what sells a phone nowadays, Oppo is pointing to the screen of the Find X3 Pro as the big differentiator.

The screen, with its tiny hole-punch selfie camera, has a smooth 120Hz refresh rate. But it’s also got what Oppo calls ‘a 10-bit-full-path Colour Management System which captures, stores and displays photos in unparalleled colour with cutting-edge clarity.’

It means the 3,216 x 1,440 screen has the potential to display up to a billion colours. Compared to the mere 16.7 million found on other smartphones.

The processor inside is the latest Snapdragon 888 5G Mobile Platform while the battery is a 4,500mAh non-removable lithium ion that can be charged at 60W fast charging via USB-C or 30W through wireless charging with Oppo’s ‘AirVOOC’ charger.

‘Our flagship Find X3 Pro 5G smartphone combines true image capture performance with a one-of-a-kind, elegant design. With this new series our focus was to help customers bring colours to life and inspire them to explore new possibilities with the latest technology.’

The phone will be available in a choice of either Gloss Black and Blue. Both colours are available from O2, Carphone Warehouse or Oppo directly while EE, Vodafone, Three, Virgin Mobile and Sky will only offer the Gloss Black option. 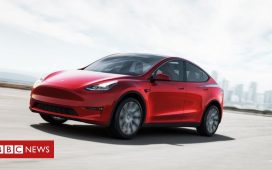 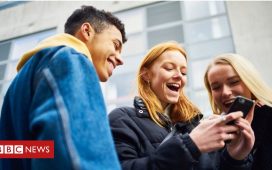