When news of a leaked press release saying Volkswagen’s American division was rebranding itself as Voltswagen first emerged, I figured the release in question was probably scheduled for 1 April. Because, I mean, it couldn’t possibly be true, could it?

Except, it seems, it is. Volkswagen of America – sorry, Voltswagen of America – has now confirmed the adoption of its new moniker. And it did so on 30 March, not 1 April, so it seems it’s actually happening. And, well, I’m not really sure what to think of it.

The basic explanation: with VW’s vast electrification programme about to ramp up with the arrival of the ID 4 in the US, the firm wants to become inextricably linked with electric vehicles. Adopting a new name with an electrification message built into it is a way for Voltswagen of America to show its commitment and build those links.

Now, as a writer and editor, I love a cheesy play-on-words pun as much as anybody. And Voltswagen is a pretty good cheesy play-on-words pun for an electric Volkswagen. I know this, because Volkswagen has used it as a pun before: if your local Tesco has any of those VW-funded charging points, you’ll have likely seen it on the display screens there.

So as a slightly frivolous way of reinforcing its commitment to electric cars, Voltswagen works. And the rebrand has certainly succeeded in drawing attention to that electrification programme. But I wonder if that could have been achieved through a temporary month-long name timed for the ID 4 launch. After all, doing that wouldn’t have risked losing some of the heritage and equity built up in the Volkswagen title. There’s 84 years of heritage in the name, while Volkswagen – sorry, Voltswagen – of America was founded in 1955.

Volkswagen is a name with meaning, too: the people’s car. It already has a message and a mission statement baked into it, and one that doesn’t change because of how a car is powered. And it’s not like the firm is abandoning all that heritage: the VW logo will still be seen in the US on its petrol-powered cars, which, for the foreseeable future, will be the vast majority of them.

But perhaps the heritage and history of the Volkswagen name is part of the reason for the switch. In America, after all, many people still inextricably link Volkswagen with the diesel emissions scandal. It’s harder to really convince the wider world about your green intentions with that issue lurking in the background.

Then, of course, there’s the Tesla effect. Unburdened by a history of producing gas-guzzling combustion engines, Tesla has become all but synonymous with electric vehicles in the US, and many believe the Californian firm’s EVs are inherently better and more sophisticated than any such car from one of the big legacy firms.

I suspect that rankles VW a bit, and it has become more direct in recent months at highlighting the sheer scale and scope of its EV production ambitions compared with Tesla in the coming years. This move by Volkswagen – sorry, Voltswagen – of America feels like a slightly clumsy way of doing that. And, ultimately, that’s what this feels like: a slightly clumsy way of trying to make a statement, a step for short-term benefit that won’t seem so smart when reflected on long term.

VW being rebranded as Voltswagen in the US

Volkswagen to launch at least one new EV per year 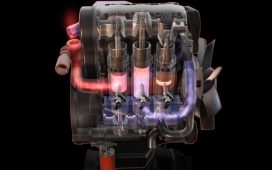 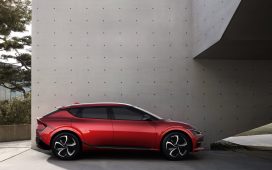 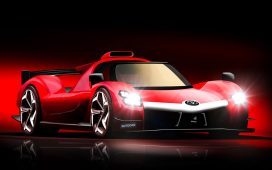 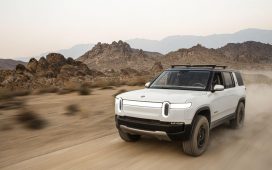 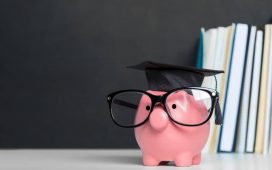