ONE in thirty people in London have Covid, four times higher than a month ago.

But it could be as high as one in 25, experts say, as the capital faces the brunt of the highly contagious new variant of Covid.

The shocking figures come as the UK battles the worst point of the pandemic so far, with sky high case numbers and hospital admissions.

The Office for National Statistics data is based on swabs taken of random people across England between December 27 and January 2.

In London, an estimated one in 30 people in private households had Covid-19 in that week, the ONS said, meaning this does not cover hospitals or care homes.

The figure for South East England, East England and the North West is estimated to be one in 45.

For the East Midlands it is one in 50; for the North East – one in 60; and for the West Midlands and Yorkshire and the Humber – one in 65.

The South West has the lowest rate of one in 135.

Overall, one in 50 people have England were infected with the virus last week – the highest ever recorded by ONS.

Prof Kevin McConway, an emeritus professor of statistics, The Open University, said London’s one in 30 was “very high indeed”.

But he said it could be even higher on the basis that Covid testing can wrongly give a negative result between two and 15 per cent of the time.

Prof McConway told The Sun: “The one in 30 figure doesn’t take into account that there will be some false negatives – exactly how many isn’t known for sure, but the true number of people infected in London could be rather more than one in 30, possibly as many as one in 25.”

He added that even thought the South West’s figure was so much lower, it could still be at risk of soaring rates within a few weeks.

“Indeed the rate in London was about 1 in 135 just about a month ago, at a time when the rate in the South West was only about 1 in 235,” he commented.

“Infections have been increasing pretty fast in the South West, and there’s no place for complacency there or anywhere else.”

Prof McConway said the data was less accurate when broken down by region.

However, “London is a big region so that there isn’t much statistical uncertainty”.

Scientists reacted in alarm to the figures, which were published last night.

The ONS Infection Survey is usually released on a Friday, but the preliminary data came “due to the heightened public interest during this stage of the pandemic”, and was partially presented by officials at last night’s Downing Street briefing.

Dr Michael Head, senior research fellow in global health, University of Southampton, said: “The number of people currently with a Covid-19 infection is estimated by the ONS to be around one in 50, which is frighteningly high.

“For comparison, the ONS data shows that in June the numbers were around one in 4,000.”

Dr Head said the UK is “clearly not in a good place right now” with rising confirmed cases and more people in hospital than ever before.

“There is an optimistic future, with the rollout of the vaccine programme.

“The issue is that before we get to the point when we can all relax a little bit, there will be some grim times ahead for example with the inevitability that the UK will pass 100k COVID-19 deaths in the relatively near future.”

Lawrence Young, professor of molecular oncology, Warwick Medical School, said: “The new virus variant is fuelling this increase in the rate of infections across the whole country.

“This emphasises the need for national lockdown and for increasing the effort to roll out vaccination to vulnerable groups and healthcare workers as soon as possible as this will save the most lives in the shortest time.”

LONDON IS ENGLAND’S EPICENTRE FOR COVID

London as a region has diagnosed the most new cases, relative to its population size, in the past week, according to official figures.

Barking & Dagenham in London is England’s Covid hotspot with more cases than any other local authority.

Essex also has some of the highest infection rates in the country, after the South East became the epicentre of the new coronavirus variant.

She told BBC Breakfast: “I’m hopeful that because London went into the restrictions on the 18th of December [Tier 4], that we are starting to see a flattening in London.

“It’s still rising in other parts of the country, and I would expect that if people really take heed and reduce their contacts that we will start seeing a reduction in cases in about 10 days’ time.”

On top of this, graphs presented at last night’s Downing Street briefing by Professor Christ Whitty show “early indications of some levelling off”  in the capital and South East.

But England’s chief medical officer last night warned the public not to “over-interpret” this data.

He said: “In some of the areas where it [new Covid variant cases] took off to the highest level and Tier 4 was brought in during a period when schools were closed, there may be some indications of some levelling off, but I don’t think we should over interpret that.

“It’s really clear that this new variant has been rising in all parts of the country, and what we’ve seen is that the bits of the country that had some of the had lower rates and previously controlled things – particularly in the North East and North West – the rate of increase has been higher than some of the southern areas which have very high rates already.”

Hospitals in the capital are buckling under the pressure as medics warn there’s not enough staff to cope with the number of patients.

There are more patients in hospitals across the country than ever before, including in London.

On January 4, there were 6,733 people in London’s hospitals. The only day in the first wave that comes close to this is April 9, when there were 5,201 patients. 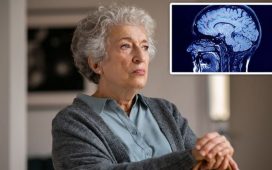 Dementia symptoms: Apathy is the earliest warning sign of the condition 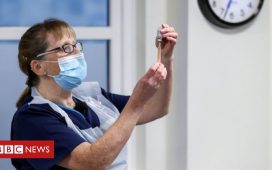 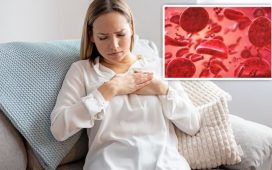 Vitamin B12 deficiency symptoms: Feeling your own heartbeat may be a sign 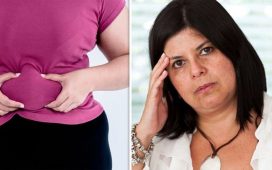 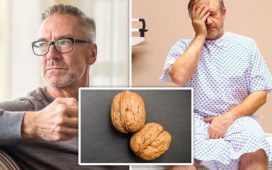 Testicular cancer symptoms: A transillumination can shine a light on a cancerous mass