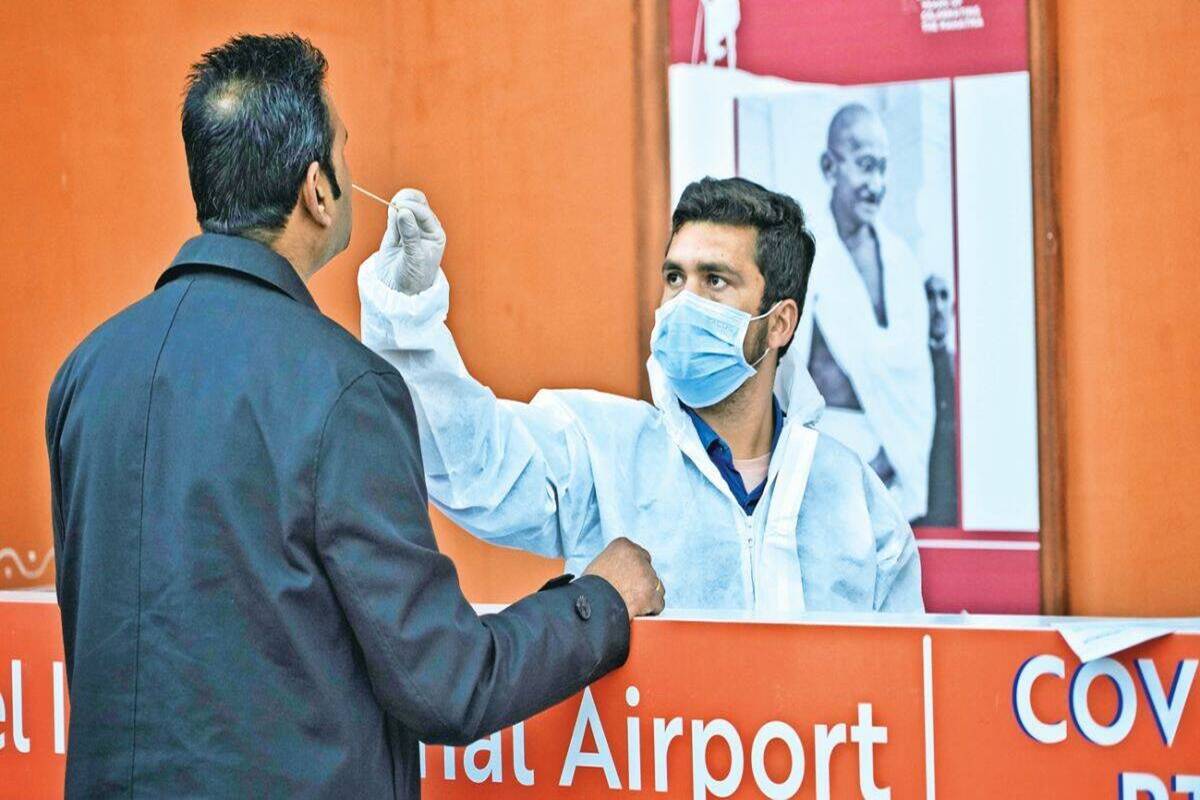 Omicron India: Seven persons, including a non-resident Indian (NRI) woman and her two daughters from Nigeria, have tested positive for the Omicron variant of coronavirus in Pune district of Maharashtra, taking the state’s tally of those found infected with this strain to eight, the health department said on Sunday.

The woman and her daughters had arrived in the state on November 24 to meet her brother living in Pimpri Chinchwad area near Pune city. Apart from them, her brother and his two minor daughters have also tested positive for the new variant, it said.

The woman, one of her daughters and her brother were fully vaccinated, it added.

Another case is of a fully vaccinated man from Pune, who returned from Finland in the last week of November, the official said.

On Saturday, a 33-year-old man from Thane district had tested positive for the Omicron variant. The resident of Dombivli town had arrived in Delhi from South Africa on November 23 and had then taken a flight to Mumbai.

In a statement, the state health department said, “The 44-year-old, woman, who is a Nigerian citizen of Indian origin, her daughters aged 18 and 12, arrived on November 24 from Lagos in Nigeria to meet her brother in Pimpri Chinchwad area. The woman, her two daughters, her 45-year-old brother and his two daughters aged 7 and one-and-a-half years, have tested positive for the Omicron variant as per the report given by the Pune-based National Institute of Virology (NIV).” Their thirteen contacts had been traced and tested, it said.

The woman had mild symptoms, while the other five have no symptoms. Out of the six, three are under 18 and are not vaccinated, while the three adults are fully vaccinated. Two of them have taken Covishield vaccines, while the third one has taken Covaxin doses, the health department said.

All these patients are being treated at Jijamata Hospital in Pimpri chinchwad and they are stable, it added.

The patient in Pune, who returned from Finland, is 47 years old.

“He had visited Finland between November 18 and 25. He was found COVID-19 positive through routine surveillance. He was tested due to mild fever on November 29. He has also tested positive for the variant as per the report from the National Chemical Laboratory (NCL). He has taken both doses of Covishield vaccine and is stable without any symptoms,” the statement said.

Since December 1, a total of 28,221 people have arrived at international airports in Mumbai, Pune and Nagpur. RT-PCR test has been done on 5,444 passengers, out of whom nine persons from ‘at risk’ countries have tested positive and their samples have been sent for genomic sequencing, the department said.

Field surveillance of all international passengers who have arrived since November 1 is underway. Through airport and field surveillance, 30 samples have been sent for genomic sequencing so far, it added.

Genetic changes/mutations in viruses is a natural phenomenon and people should not panic. They should follow COVID-appropriate behaviour, inform the authorities if they have international travel history in the last one month and those who haven’t taken the COVID-19 vaccine or have only one dose should complete their vaccination at the earliest, the health department said.

According to the central government, the countries designated as “at-risk” are European countries, including the UK, and South Africa, Brazil, Botswana, China, Mauritius, New Zealand, Zimbabwe, Singapore, Hong Kong and Israel.

Financial Express is now on Telegram. Click here to join our channel and stay updated with the latest Biz news and updates.