Olivia Wilde looked chic in a black dress as she went shopping at Target in Los Angeles on Tuesday.

The actress, 37,  teased a glimpse of her cleavage as she strolled into the parking lot with a trolley-full of essentials.

The star completed her ensemble with box fresh trainers and a green face mask. 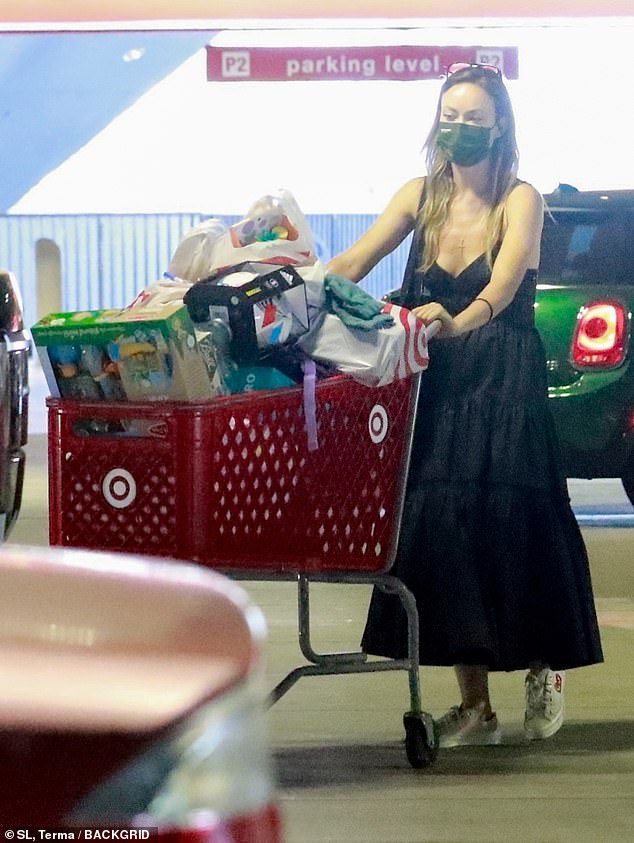 There she is: Olivia Wilde looked chic in a black dress as she went shopping at Target in Los Angeles on Tuesday

Olivia wore her caramel-flecked brunette tresses in soft waves and sported a light palette of make-up.

She was accompanied by a friend as she took some photos and headed off.

The performer’s puting comes after her ex Jason Sudeikis finally addressed their split last year. In an interview with GQ, the actor, 45, clarified he had separated from Olivia in November 2020 and admitted not even he had complete clarity on their break-up. 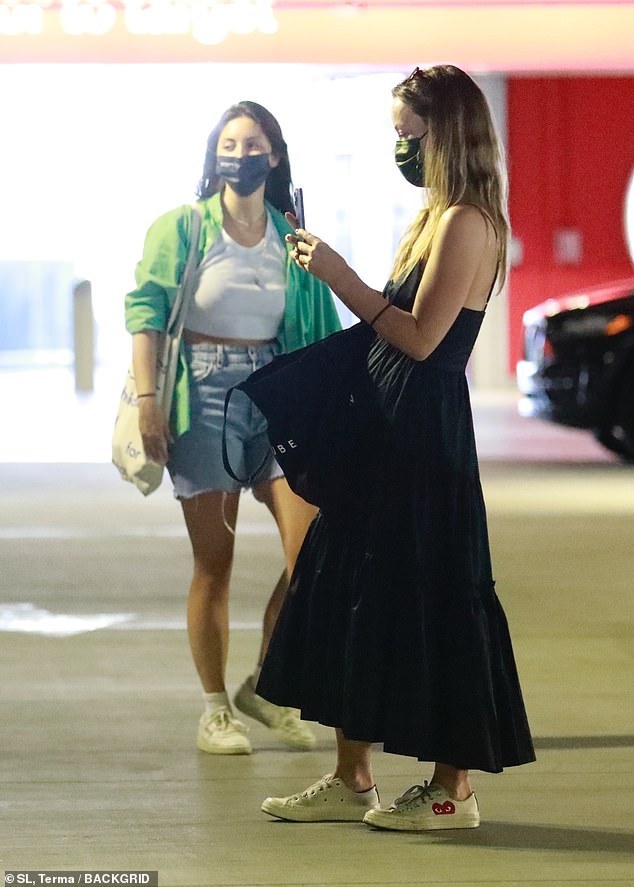 Chic: The actress, 37, teased a glimpse of her cleavage as she strolled into the parking lot with a trolley-full of essentials

Jason also said it had been a difficult year for him, saying he had decided to rebound like an ‘Avenger’ after hitting ‘rock bottom.’

Speaking of the breakup, he said:  ‘I’ll have a better understanding of why in a year,’ he said. ‘And an even better one in two, and an even greater one in five, and it’ll go from being, you know, a book of my life to becoming a chapter to a paragraph to a line to a word to a doodle.’

She has since moved on with singer Harry Styles whom she was seen kissing in Italy last week.

The performer is currently set to appear in the upcoming Damien Chazelle-directed period drama Babylon. 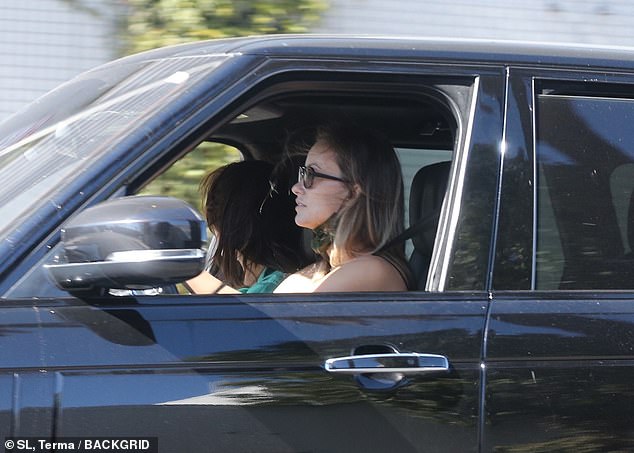 Home time: Olivia donned some stylish shades as she headed off with her friend

The forthcoming film features the talents of an ensemble cast with performers such as Brad Pitt, Li Jun Li and Tobey Maguire having been named as part of the project.

Emma Stone, who previously worked with the director on 2016’s La La Land, was originally set to appear in the film, but she eventually dropped out and was replaced by Margot Robbie.

Development on the feature was first announced in July of 2019 when it was noted that the picture would take place during Hollywood’s Golden Age.

The story will focus on several actors from the silent movie era who have to make the transition to making features in sound. 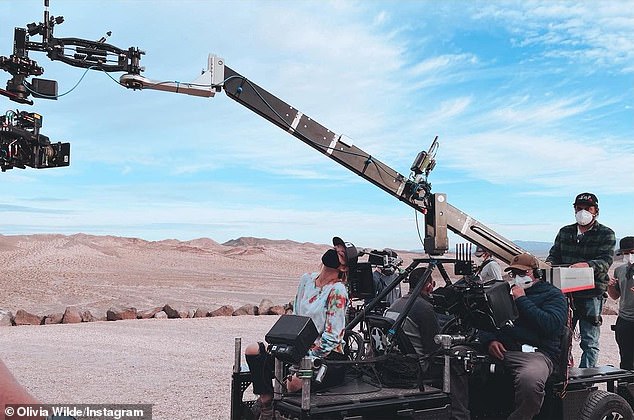 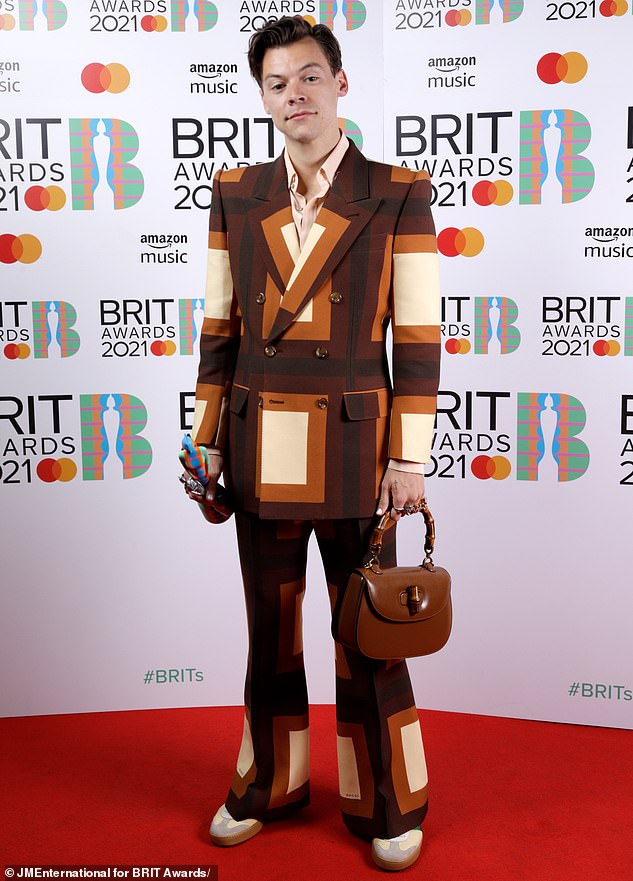 Stacked cast: The upcoming film will feature the talents of performers such as Gemma Chan and Harry Styles. whom she now dates; he is seen at the BRIT Awards 2021

Production was supposed to begin last year but did not officially commence until this month.

The feature was supposed to have its wide release in January of 2022, although its debut was pushed back by a year due to the onset of the global pandemic.

The film, which takes place in the 1950s, will be centered around a housewife whose husband is hiding a significant secret from her.

The cast is led by Florence Pugh and will also feature the talents of Gemma Chan, Chris Pine and the director’s current boyfriend, Harry Styles.

Wilde herself is set to appear in a supporting role as Mary.

Shia LaBeouf was initially supposed to star in one of the feature’s central roles, although he was later removed from the cast.

Filming began last October in Los Angeles before production was temporarily shut down due to several crew members testing positive for COVID-19.

The feature’s team later reconvened, and work on the project eventually concluded this past February.

Don’t Worry Darling currently does not have a set release date. 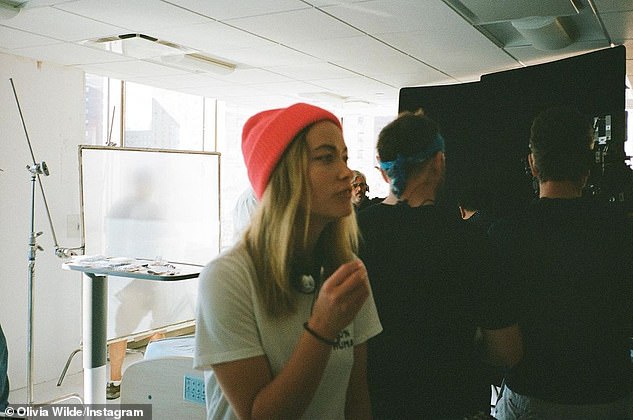 Protracted development: Production on the upcoming feature had to be delayed due to several crew members testing positive for COVID-19 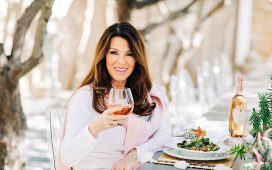 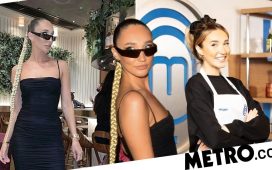 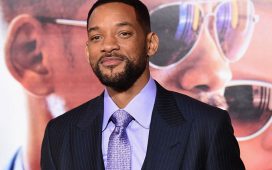 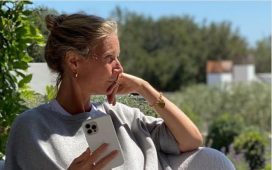 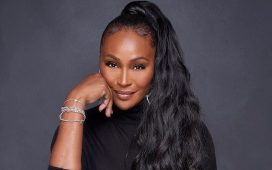