Manchester United manager Ole Gunnar Solskjaer has put Erling Haaland at the top of his shortlist of long-term replacements for Edinson Cavani, according to reports.

Cavani, who joined on a free transfer from Paris Saint-Germain on deadline day earlier this month, signed a one-year contract with United, although the club have the option to extend it for another season.

Haaland, meanwhile, snubbed United in favour of a move to Borussia Dortmund last December and has continued his impressive rise with the Bundesliga club.

Solskjaer, who managed Haaland during their time together at Molde, had urged United to sign the 20-year-old last year.

But United’s hierarchy refused to approve the deal due to high agent fees and the the demand from Haaland’s camp to insert a release clause into his contract.

According to The Athletic, Haaland will be able to leave Dortmund if there is a bid of €75 million (£68m) in 2022, although that could be sooner for United if the striker forces a move away.

The report claims that Solskjaer is confident that Haaland will become one of the best strikers in Europe and the Dortmund forward is at the top of his wishlist.

Haaland has been in sublime form since his arrival at Dortmund with 23 goals in 26 games for the Bundesliga club.

Cavani, meanwhile, finally made his debut for United in the goalless draw against Chelsea on Saturday and Solskjaer praised the Uruguayan after his encouraging display.

‘He’s going to give us a lot,’ said the United manager.

‘He’s come in, had a great influence and impact on the training ground already, but we know he needs game time to get his sharpness.

‘And the more we get the ball into him in and around the box, we’ll get some goals from him.’ 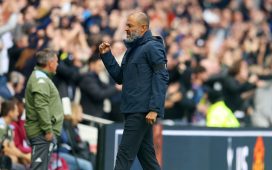