Ole Gunnar Solskjaer has hit back at former Manchester United teammate Gary Neville after the player-turned-pundit claimed his old side ‘don’t play well enough as a team’ to win the Premier League title.

The Red Devils were beaten 1-0 by Aston Villa at Old Trafford on Saturday to continue a disappointing series of results, having also exited the Carabao Cup at home against West Ham and lost to Young Boys in the Champions League.

Neville appeared to be particularly concerned by the nature of the defeat to Villa, describing United as an ‘odd bunch’ who rely on individual moments over a cohesive, ingrained style of play – unlike their title rivals.

‘They don’t play well enough as a team to win this league,’ he said on his Sky Sports podcast. ‘You need patterns of play, you need a way of playing, and at this moment in time I still see a group of individuals playing in moments.’

But Solskjaer insists he does have a gameplan and style of play that is capable of winning silverware, though he did concede that his players were guilty of trying to play too quickly against Villa.

‘The Aston Villa game we broke up play really well defensively, attacked maybe too fast. We want a fast attack in play – Gary knows that, everyone who has been associated with Man United knows that we want to keep the tempo up and attack quickly when we can.

‘Maybe we did it too fast because if you look at the stats, I don’t think I’ve seen any games with less efficient playing time. It was 45 minutes! That is one of the lowest I’ve seen. Normally you’re up to 55 or 60.

‘But that’s maybe because we finished the attacks too quickly, same with Villa, they did. So more control, but then if you slow it down too much it might be against a low block defending. We know Villarreal will definitely defend well and it will be hard to play against them so we need to play quickly. But Gary knows what the DNA is here at the club and what we are trying to do.’

Neville also stated that United’s significant spending this summer means Solskjaer is under pressure to deliver a trophy, to which the Norwegian replied: ‘He’s always got loads to say, Gary. I’m used to Gary. He’s always said a lot when I was sat next to him as well in the dressing so… just fire away.

‘That pressure is a privilege. You know to work in this environment you have to embrace that pressure. If he says we need to win a trophy this season or the next, well because of the backing I’ve got to say yes.

‘I have been backed and the progress and the process has worked well. I have to say the backing I’ve got seems to me that we’re sticking to that plan.

‘So I’m here to win. Don’t think twice about that and Gary knows that. Of course I speak to Gary as well and I know that here at this club we have an obligation to win.

‘And we have an obligation to win in a certain style of play and play the way we want. Sometimes that’s risky and you lose one or two, lately yeah maybe we’ve lost one or two games, we’ve changed the team, Carabao Cup, and that’s the consequence, you’re out of the cup.

‘But that’s the way we do things and we’ll get there. Hopefully we’ll get there around April or May challenging for these trophies we’d like to see back at Old Trafford.’ 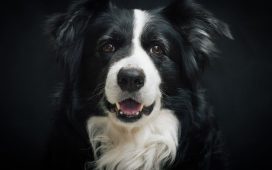 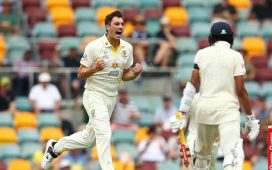