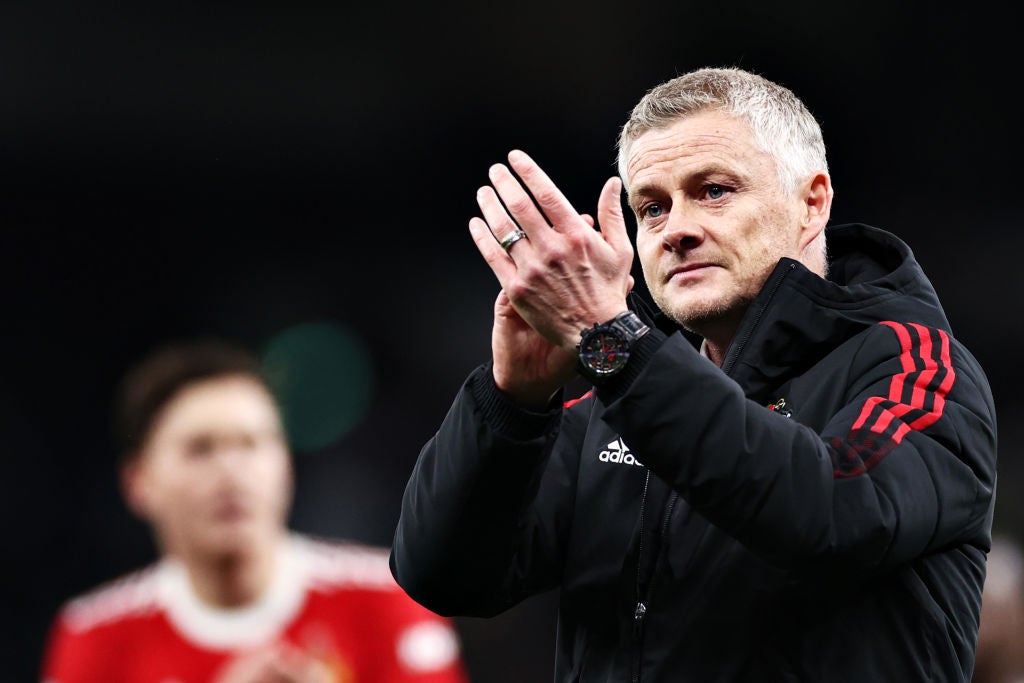 For all the sound and the fury, in the white heat of last weekend’s humiliation, very little changed at Manchester United. Ole Gunnar Solskjaer clung on, as he always has when apparently close to the edge, hoping that the heaviest-ever home defeat to the club’s fiercest rivals would carry little meaningful consequence. He may get his wish, but as a result it was perhaps good for one thing: it provided cover for other clubs and coaches who are also struggling to meet expectations.

Solskjaer has consoled himself over the past week by saying, as he repeated in his pre-match press conference, “nothing becomes history as quickly as a game of football”. It is a mantra that Nuno Espirito Santo may want to quietly chant to himself in the wake of Tottenham’s listless display in this 3-0 defeat. On another weekend, last Sunday’s loss to West Ham would have been a headline rather than a footnote. Tottenham have their headlines now.

At Old Trafford, meanwhile, they can breathe a little again. The crisis club baton has been passed, even if only briefly, and that will come as a source of great relief. United are accused by some of their harshest critics of being more of a content platform than a football club, dispensing joy and despair at random intervals but always offering drama, while making decisions that are not necessarily geared towards success on the pitch. It is a view that the Old Trafford hierarchy would firmly reject and, in fairness, is unquestionably exaggerated.

Still, in a way, the decision to stand by Solskjaer while asking him to navigate a three-match death march between now and the November international break could be read in the same vein. Nobody’s saying that some at Old Trafford saw the runaway viral success of a hit South Korean series and decided to concoct a version of their own, but Solskjaer’s task at the start of this week felt like trying to win a game of marbles with a gun pointed at your head.

Though as kick-off approached, it was possible to believe that the storm clouds that have hung over Solskjaer and his staff all week were clearing. Crystal Palace’s win at the Etihad meant victory for United would put them within three points of Manchester City, with the opportunity to go level in next weekend’s derby. Liverpool, despite playing as though from another planet last Sunday, were suddenly on the horizon again after being held by Brighton. Most exciting of all, a new system was in place.

Solskjaer selected a back three for the first time since crashing out the Champions League group stages in Leipzig last year. United’s results using similar systems have been mixed during his tenure but here, Solskjaer found balance. With Cristiano Ronaldo’s running out-of-possession done by his brilliant new-fangled strike partner Edinson Cavani, Bruno Fernandes took up a deeper role and orchestrated play without worrying about doing it all by himself.

It was new. It was different. At the break, no United player had enjoyed more of the ball than Aaron Wan-Bissaka, who was unusually proactive and even productive going forward. Ronaldo’s fabulous opening goal on the volley, made possible by an even better pass from Fernandes, gave United a deserved lead. Cavani and Marcus Rashford’s additions in the second half gave the scoreline a fairer reflection as their opponents fell apart. Even after accounting for Tottenham’s ineptitude, this was perhaps United’s best performance of the season.

Does this work, then? Is this formation the device with which Solskjaer salvages his United career? While it earned United a much-needed result, it does not feel particularly suited to the squad. Rashford scored the third but only after being introduced as a late substitute. Mason Greenwood went unused. The baffling lack of any plan for Jadon Sancho persists. These are United’s three best young attacking talents. This system does not have a natural role for them.

Yet that did not seem to matter on a day when winning and relieving the mounting pressure on Solskjaer’s position was all that really counted. Early in the second half, Nuno replaced Lucas Moura with Steven Bergwijn to loud jeers and chants of ‘You don’t know what you’re doing’. Minutes later, Solskjaer was being serenaded with the first non-ironic rendition of ‘Ole’s at the wheel’ to be heard during the past week. Solskjaer still has much to solve, much to do to survive, but it is a start.