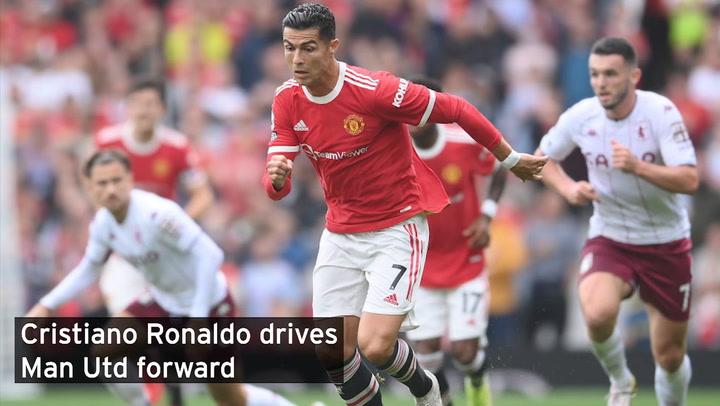 Forget penalties, clean sheets have been harder to come by for Manchester United of late.

Ole Gunnar Solskjaer may bemoan United’s failure to win spot-kicks, but his ire should instead be focused on his side’s propensity to leak goals.

One clean sheet in their last 16 games in all competitions underlined United’s ongoing defensive frailties, that were ruthlessly exploited by Aston Villa.

And even when United were awarded a penalty here and the chance to rescue a point at the end, they were unable to take it, Bruno Fernandes blazing the ball high into the Stretford End.

Cristiano Ronaldo, who skulked and looked personally affronted at Fernandes taking it, will surely assume spot-kick duties from now on.

Dean Smith’s side, enterprising and efficient throughout. deservedly took all three points with a late winner from defender Kortney Hause, who headed in from a Douglas Luiz corner.

On the eve of this game, Solskjaer was pressed on United’s lack of clean sheets and responded by saying he would rather win by conceding and simply scoring more than the opponents, rather than eking out 1-0 victories.

Yet Sir Alex Ferguson won plenty of games 1-0 during his glittering Old Trafford reign and until Solskjaer sorts out his suspect defence, success will continue to elude United.

This was a third defeat in four for United – two in a row at home – and conclusive proof that, for all the perceived progress in nearly three years under Solskjaer, they are still searching for the consistency of performance to elevate them to the status of genuine title contenders.

But they paid the price for their recurring inability to defend set-pieces, even after the appointment of a specialist coach to address that ongoing weakness.

But, by Solskajer’s admission, the France World Cup winner is still adapting, the cohesion of the back-four still a work in progress, as evidenced by United’s inability to keep clean sheets.

That progress was undermined by an injury which forced Luke Shaw out of the game after 34 minutes, meaning Solskjaer is likely to be without his first-choice full-backs for Wednesday’s visit of Villarreal, with Aaron Wan-Bissaka suspended.

Then came an even bigger blow just after the hour, when skipper Harry Maguire was forced off with what looked to be a calf injury, which he was unable to run off.

With Shaw, Wan-Bissaka and Maguire likely to be unavailable for Wednesday, Varane could be the only first-choice defender able to play.

United’s defensive vulnerability resurfaced early on, when Luke Shaw was left befuddled by a majestic John McGinn ball in behind him for Matty Cash.

Cash met the ball and squared it across the face of the United goal, where Matt Targett failed to live up to his surname by blazing over from close range.

De Gea redeemed himself by blocking the subsequent shot, but it was further proof of United’s deficiencies at the back.

HAVE YOUR SAY! Where will Man Utd finish this season? Comment below.

At the other end, Varane was thankful to De Gea for coming to his rescue, after Watkins skipped past him on the edge of the area, only to see his goal-bound effort repelled by United’s keeper.

Varane may have one of the most decorated CVs in European football, but that moment showed he is still coming to terms with the unique pace and intensity of the Premier League and the relentless demands it places on defenders.

And for all the formidable attacking options at Solskjaer’s disposal – Cristiano Ronaldo, Bruno Fernandes, Paul Pogba, Mason Greenwood, Jadon Sancho, Edinson Cavani and Marcus Rashford – United must first get it right at the back.

Their quest to bring the title back to Old Trafford will be a futile one until they do that, as this chastening defeat proved, with nowhere to hide for Solskjaer. 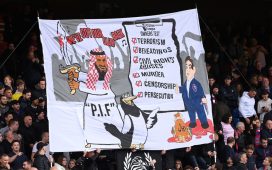 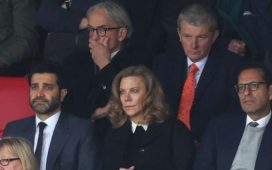 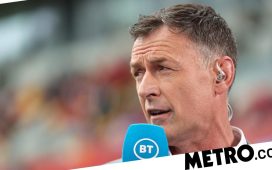