Manchester United are only set to be without Edinson Cavani and Phil Jones when they take on Manchester City on Wednesday evening in the Carabao Cup semi-finals.

The Red Devils have been in fine form of late, with five wins and two draws in their last seven outings, and will be looking to book a spot in the first cup final of the season when they take on their local rivals this week.

Their recent run of good results has been aided by a bit of luck in terms of fitness, despite the hectic schedule this season.

The United boss said on Tuesday that only Jones will miss the City clash through injury, while Cavani is suspended for the contest.

‘Of course We’re disappointed not having Edinson involved, he’s probably the only one and Phil Jones who’s been very out for a long time, the only two not available for selection, which is a good situation to be in,’ the United manager told a pre-match press conference.

Victor Lindelof has been struggling with a back problem and Marcos Rojo has been out with a calf injury, but Solskjaer’s comments suggest both are available for selection again.

Cavani is serving the second match of his three-game ban for an offensive social media post.

He set out the win over Aston Villa in the Premier League at the weekend and will also miss the FA Cup clash with Watford on 9 January.

The Uruguayan has been impressive since arriving on a free transfer in the summer and will return to the fold for the Premier League trip to Burnley on 12 January.

Jones’ injury has been something of a mystery, in terms of when he is likely to return, with his knee an ongoing problem.

The England international is approaching a year since he last played for Manchester United, having not taken to the field since 22 January 2020 in a 2-0 defeat to Burnley in the Premier League. 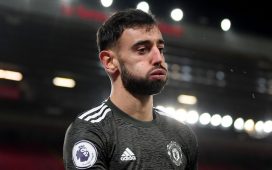 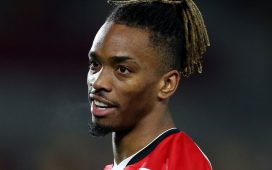