It’s time to raise your steins and get ready for the return of Oktoberfest.

While the official event in Munich has been cancelled for the second year in a row due to the pandemic, a selection of UK venues are hosting celebrations.

Whether you’re going all out and rounding up your pals while dressing up for the event or simply using it as an excuse to plan a get-together, you’re bound to have a blast.

And if you’re wondering why the event is celebrated, along with when it’ll be held this year, we’ve got everything you need to know.

Traditionally, Oktoberfest is held for 16 days and ends on the first Sunday in October. So, despite the name, it actually begins in September and ends in early October.

Though it is not being held in Munich this year, the 2022 Oktoberfest dates have been announced as Saturday, September 17, to Monday, October 3.

And, in the UK Oktoberfest celebrations tend to occur from early to mid-October.

What does Oktoberfest mean and why is it celebrated?

The word Oktoberfest doesn’t have a specific meaning, but it is the name given to the annual festival held in Munich.

It originates from the celebrations held for the marriage of the crown prince of Bavaria, who later became King Louis I, to Princess Therese von Sachsen-Hildburghausen.

These festivities lasted for five days and concluded with a horse race. However, the next year, the race was combined with a state agricultural fair.

Later, stalls selling food and drink were brought in and they gradually transformed into beer halls by the late 1900s.

Nowadays Munich brewers open temporary structures with the capacity for thousands of revellers. The event is kicked off by the mayor of Munich who taps the first keg, which is broadcasted internationally.

Women tend to go in the traditional costume of drindl, a dress, while men will don lederhosen, knee-length shorts held up with suspenders, and a white shirt.

What are the best Oktoberfest 2021 events in the UK?

There are a whole host of events across the UK for Oktoberfest 2021 for you to enjoy.

London Oktoberfest 2021 is back with several events in Dock X, Canada Water, on October 1 and 2, while they’re also doing a hybrid Halloween Oktoberfest Event in Walpole Park, Ealing, from 28 to 31 October. Expect giant tents, sing-alongs, beer and food.

London Craft Oktoberfest runs from October 8 to 9 in Elephant & Castle with over 12 German-style craft beers from local breweries, steins, live music and German nibbles including sausages and pretzels.

In Birmingham, Oktoberfest at The Hangar will feature live Oom-Pah bands, traditional food, DJs and entertainers on Friday, October 15, and Saturday, October 16.

Offering German craft beer, a huge selection of food and music, and Bavarian bingo, plus prizes for the best fancy dress, visitors of The Big British Beer Bash vs Oktoberfest are in for a treat. It’s being held at Mote Park, Maidstone, Kent on Saturday, October 2 so grab your tickets soon.

Beer buffs, head to Shrewsbury Oktoberfest at The Quarry in Shrewsbury, on October 1 and 2, where independent brewers from the region and across the UK serving up 150 different real ales. There will be tipples galore on offer, as well as a gin tasting event, independent street food vendors, standup comedy, live music and Oom-Pah bands.

In Cardiff, Wales, a huge big-top tent has been erected for one night only. Oktoberfest Cardiff, on Friday, October 1, will offer authentic German food, live music from Bavarian Oom-Pah bands, fairground rides, a sausage eating contest, tug of war and plenty of other surprises.

Visitors heading to Scotland’s Oktoberfest Edinburgh at Lane 7 Edinburgh will get to enjoy German bears, traditional Bavarian tables and benches, plus your fill of pretzels and bratwurst.

Keep an eye out for more events here as we will frequently be updating our listings.


MORE : Man, 43, killed by exploding beer keg at his own birthday party


MORE : Humans have been drinking beer for 9,000 years 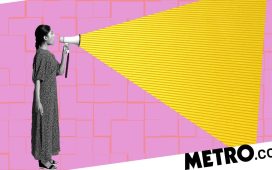 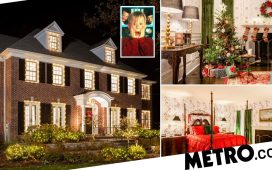 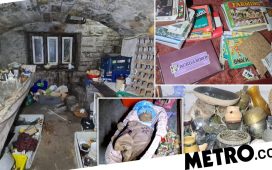