The Minister of Industry, Trade and Investment, Otunba Adeniyi Adebayo, says the potential selection of Dr Ngozi Okonjo-Iweala as the new Director-General of World Trade Organisation portends a remarkable achievement for the country.

Speaking at the official opening of the 15th Abuja International Trade Fair on Thursday, Adebayo said the country would benefit immensely from Okonjo-Iweala’s appointment as WTO Director-General.

Adebayo, in a statement by Ifedayo Sayo, his Special Assistant on Media pointed out that there were  significant opportunities in her selection.

The chances of Okonjo-Iweala became brighter on Tuesday as South Korea withdrew its candidate from the race, according to Washington Trade Daily.

Yoo Myung-hee, South Korea’s Trade Minister was its candidate for the top job at the WTO.

He said that the fair being organised by the Abuja Chamber of Commerce and Industry was being held at a time nations of the world were struggling to overcome economic and social crisis caused by COVID-19 pandemic.

The minister said in spite of the negative impact of the COVID-19, there were opportunities inherent in the challenges posed by the pandemic, calling on businessmen to tap into the various programmes of the government to revive their businesses.

He called on Nigerians to support locally manufactured goods to boost trade activities in the country.

“By doing so, Nigeria will be able to create employment, diversify the economy, build industrial capacity and trade competitiveness and improve the management of our foreign exchange reserves to alleviate the economy’s vulnerability to changes in crude oil prices,” he said.

The fair, which will only showcase indoor and virtual exhibitions at Abuja Trade and Convention Centre from Nov. 24 to Dec. 4, has the theme: `Trade and Commerce Beyond Borders”. 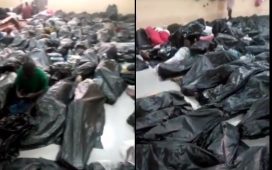 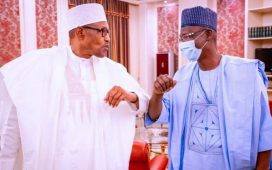 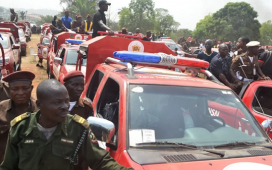 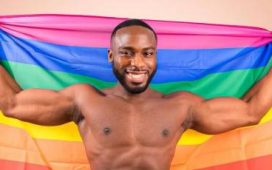 Nigerians React As Okupe Slams Son For Being Gay 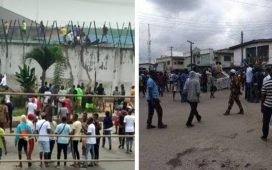