The rights to groundbreaking well technology invented by the late Scottish oilman Jim Ellis have been sold to Canadian firm Spartek Systems Inc for an undisclosed sum.

Ellis’s company Ecosse Design Inc was taken on by Glasgow-based business turnaround specialist BRS Consulting after his death in 2017.

BRS has now sold the assets, designs, manufacturing and distribution rights of Ecosse, which Ellis founded in 1996.

Edinburgh-born Ellis was North Sea worker who moved to Texas while working for Western Atlas in 1985. In the early 90s, he designed and brought to market the PX-1, a device that is immune to the stray voltages and RF environments typically found on well sites and offshore platforms. This allows radio transmitters, electric welding and cathodic protection equipment to continue operating during perforating and other wireline explosive operations.

BRS’s corporate turnaround manager Mark Simpson said: “Back in 2017, we were tasked with stabilising the business following the unexpected passing of Jim Ellis, who was a highly respected ballistic engineer in the oil & gas industry.

“The void his passing created was compounded by the impact that Hurricane Harvey had on the business shortly after we started work. Within two years we have restructured the company’s finances, significantly reduced costs across the business and made changes to the management and reporting structure of the business.

“We are delighted to have achieved such a positive outcome by facilitating the sale of Ecosse’s assets to Spartek, a move that will provide the level of investment required to develop a next generation PX-1 and will build on the legacy of Jim Ellis.”

Spartek Systems is a leading independent supplier of technology to evaluate, monitor, and exploit oil and gas assets. It will provide global distribution and support resources for the PX-1 and OM-1 fire-sets. 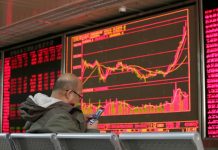 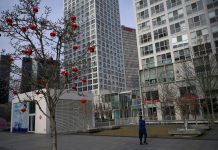