Officials feared the 1997 general election could be plunged into chaos if the Queen Mother died during the campaign.

Downing Street feared that with no legal mechanism for stopping the ballot, the situation could be “very difficult to handle” if she died close to polling day, according to files released today.

In the event, the Queen Mother, who was 96 at the time of the election which swept Labour to power under Tony Blair, was to live for another five years.

Alex Allan, the principal private secretary to Prime Minister John Major, noted “the most difficult situation” would arise if she were to die after Parliament had been dissolved for the election but before voting day.

While there was legislation to delay elections for at least 14 days if the monarch was to die during a campaign, there was nothing in relation to other senior royals – unless there was some “reserve power” the Queen could exercise.

“If not, the onus would lie on the leaders of the political parties to do what seemed appropriate in relation to the election campaign,” he noted.

“I can foresee a strong public mood that party campaigning would be inappropriate for at least a period.

“Quite how long that should be is difficult to judge.

“This could be very difficult to handle if the Queen Mother were to die very close to polling day.

“But I am not sure how much it is fruitful to do advance planning – for a contingency that we very much hope will not arise.”

Meanwhile, newly-elected PM Tony Blair appeared to heed an early warning from the Treasury not to “fritter” away the Budget on “piecemeal initiatives”, documents show.

A slideshow prepared for the Labour premier in October 1997 by Chief Secretary to the Treasury Alistair Darling urged caution.

The presentation included one slide, entitled “What we must do”, which identified the Government’s fiscal blueprint.

It said: “Make every million count. Hold down spending on non-priorities. Don’t fritter millions on piecemeal initiatives. Make a difference on our real priorities.”

Revelations the traitor was planning to publish his memoirs from exile in Moscow sent shockwaves through Whitehall.

Diplomatic Service chief Sir Denis Greenhill warned the Russians were trying to exploit the radical mood of the late 1960s to mount a “decomposition campaign” against the Government.

In a memo to Mr Wilson, he warned: “I believe the Russians are about to launch on a ‘decomposition’ campaign against the Government.

“This is in toto a campaign against the Government in support of the Communist Party here which seems to me must be taken seriously and answered effectively.”

This is a moment to mark the Elizabethan era, and ask what Britain has become | Polly Toynbee 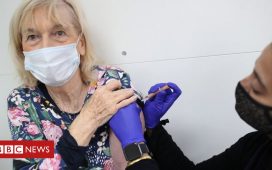 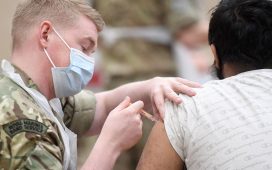