The Edo State Governor, Mr. Godwin Obaseki, has congratulated renowned architect, Sir David Adjaye for winning the 2021 RIBA Royal Gold Medal, one of the highest honours in architecture, which is personally approved by the Queen of England, Queen Elizabeth II.

Sir Adjaye was recently commissioned to design the Benin Royal Museum, one of the legacy projects of the Governor Obaseki-led administration. His local Nigerian partner, Agram Architects, has already commenced feasibility study for the project.

The governor, in a statement, described the honour as well-deserved, noting that the scope and breath of Adjaye’s work is captivating and worthy of such recognition.

According to him, “I am delighted to learn that Sir David Adjaye has been honoured with the 2021 RIBA Royal Gold Medal. An astute architect and artist, Sir Adjaye is worthy of the honour, as his vast and enthralling architectural pieces across the world speak to the dexterity of human imagination.

“His portfolio is exasperating and we are delighted that he is with us on the Benin Royal Museum project, which we are certain would reshape the conversation around the looted Benin artifacts,”

The governor reiterated his commitment to the Benin Royal Museum project, noting that the Benin Dialogue Group, which is working assiduously on the realization of the project, is proceeding accordingly with the work plan to ensure that the project is delivered timeously.

#EndSARS: Emir of cautions against allowing ‘enemies of government to hijack protest 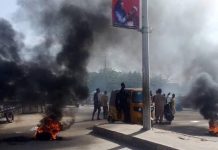 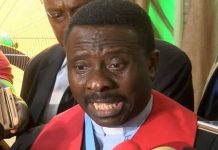