FORMER President Olusegun Obasanjo has said he would have been killed during Lt.-Col. Buka Suka Dimka coup in 1976 if not for the help of Gen. Olu Bajowa (retd.).

Obasanjo, who described Bajowa as a man with conscious Yoruba culture, spoke on Sunday at Igbotako in Okitipupa Local Government Area of Ondo State during Bajowa’s 80th birthday celebration.

Bajowa became a General when he was 38 years old and retired from the Nigeria Army at 40.

Obasanjo, who was chairman of the occasion, recalled that if Bajowa had not invited him to his son’s naming ceremony, he would have been nailed by the coup plotters because the person that was shot with the late Head of State, Gen. Murtala Mohammed, was mistaken for him.

He said: “I want to say something about Olu, either he knew it or he didn’t know it. When Dimka coup came, if Olu had not been what he was and what he is, I would have gone with the coup.

“Let me tell you the story. Olu is very respectful. He is very conscious of our culture. He had a child, a boy, and wanted to name the child after me. He had to call me early in the morning that Dimka struck.

“And because Olu said he was coming, I had to wait a little bit. I waited beyond the time I would have gone out.

“Indirectly, that is how Olu Bajowa saved my life. Bajowa is an honest man, a thorough man and he is a well brought up man.”

Bishop of the Anglican Diocese, Igbotako, Reverend Olaoluwa Oluseyi Pirisola, urged Bajowa to make the rest of life the best.

He enjoined him to support the gospel of Jesus Christ as well as serve him more diligently for the rest of his life.

The event was attended by many dignitaries from different parts of the nation. 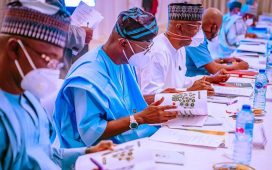 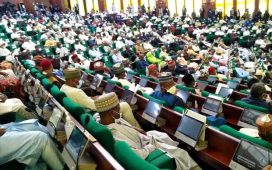