Barack Obama has said part of the reason more than 73 million Americans voted to re-elect Donald Trump in the election was because of messaging from Republicans that the country was under attack – particularly white men.

In an interview with the radio show the Breakfast Club on Wednesday to promote his new memoir A Promised Land, Obama said Trump’s administration, which he did not name directly, ‘objectively has failed, miserably, in handling just basic looking after the American people and keeping them safe’, and yet he still secured millions of votes 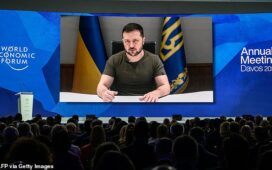