The Oba of Benin, Omo N’Oba N’Edo, Uku Akpolokpolo, Ewuare II, has banned a former Omuada (head of servants), Roland Ogbebor, for allegedly posing as his second-in-command and engaging in sacrilegious acts.

The ban followed Ogbebor’s alleged installation of the Enogie, Ohen and Okao of Benin Kingdom after he was suspended from his position in 2018.

While also on suspension, the official was alleged to have been involved in land grabbing.

Reading a prepared statement in Benin on Tuesday to announce the formal ban of the Omuada on behalf of the monarch, the Secretary of the Benin Traditional Council, Mr Frank Irabor, said the ban was “extended to his participation at all Oba’s palace traditional establishments and functions, including spiritual groups, activities, festivals, shrines and Oguedion in Benin Kingdom.”

According to Irabor, since his suspension as the Omuada, Ogbebor has been acting “as a wolf in sheep’s clothing and as a trickster”

Irabor, who was flanked by prominent Benin chiefs at the briefing, alleged that the former Omuada was also involved in what he described as “abominable and sacrilegious” acts of parading himself as the monarch’s deputy.

“He has also behaved in treacherous ways to the throne that is akin to being a traitor. He has been able to do this by disguising himself as a wolf in sheep’s clothing and a confidence trickster. He was of the opinion that his services to the throne were indispensable,” he added.

While saying there was an ongoing overhaul of the palace administrative system that would put an end to such acts, Irabor urged members of the public who might have issues with Ogbebor that had to do with land grabbing to report to security agencies while also notifying the palace. 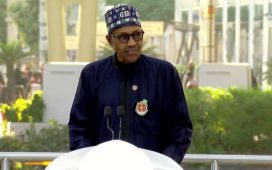