NYSC mobilisation: Attempts to cause rift between Buhari, Osinbajo will fail – Groups

BOSF notes “What the Osinbajo-led ESC did was simply to suggest possible options and made no emphatic recommendation as regards NYSC mobilization in the short term. Even in the report, the authors admitted it was within the rights of the NYSC management to review the situation before taking their decisions. With improved testing capacity of Nigeria Centre for Disease Control (NCDC) rapid testing NYSC camps have been kept open with maximum adherence to the COVID-19 protocols and guidelines. This has made it possible for them to detect COVID-19 positive cases in real time,” the group said. The statement further clarified “it will be recalled that in June 2020, the ESC had indeed recommended that while the NYSC programme could continue, the three-week orientation exercise could be suspended for two years. But at that time, the recommendation was based on the escalating COVID-19 pandemic, and also the fact that the NCDC did not have enough capacity then to conduct rapid testing. The rapid testing option was not available when the ESC, and not Osinbajo, submitted its report.”

The Buhari Legacy Movement (BLM) has described the report as “grossly irresponsible, divisive, and baseless”. The BLM says newspaper houses must know when to stop playing politics saying the calculated attempts in a section of the media to cause a rift between President Muhamadu Buhari and Vice President Yemi Osinbajo will always fail.

BLM says, if there’s anything at all, the newspaper reports must have come out of the fragments of the editors’ imaginations stating that Vice President Osinbajo “did not make any personal submission as a matter of fact, the report which they claim is Osinbajo’s report emanated from the Economic Sustainability Committee (ESC) which was set up by President Muhammadu Buhari and chaired by the VP.”

Another group, Buhari/Osinbajo Solidarity Front (BOSF) said it was important to note that there is nothing to suggest the Federal Government rejected the Osinbajo-led Economic Sustainability Committee report as widely reported. BLM described the authors of the report as people suffering from “self-induced hallucinations which has seen them go far away from reality.”

The Initiative to Save Democracy (ISD) said that the newspaper report “did not capture the true conversation but rather sought to tell lies for marketing purposes.”

Th APC Mobilization for Change on its part said that it President Buhari himself presided at the Federal Executive Council the approved the Economic Sustainability Plan produced by the Osinbajo-led ESC. “All the schemes like Survival Fund, Social Housing, and five million Solar Installations are all part of the ESP and are currently being implemented but that does not interest quark reporters, only fake news interests them” the group says.

A public affairs analyst based in Lagos, Mr Lekan Adigun took to twitter to say “Those working hard to discord in the Buhari administration are clearly frustrated and their frustrations won’t end anytime soon before there is a cordial working relationship between the president and vice which has been the best in the nation’s history. It’s obvious some persons with low self-esteem in the media are grossly intimidated by ever-increasing profile of Professor Osinbajo.”

The All Progressives Congress (APC) described the newspaper headline as “misleading and sensational.”

Several public affairs analysts have taken to social media to question the credibility and professionalism of this newspaper which have been caught on several occasions reporting outright falsehoods and half-truths in the past few years. 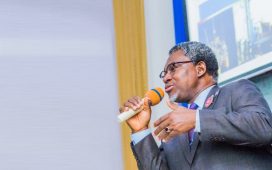 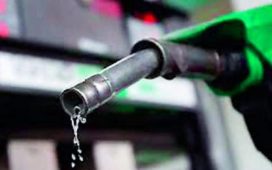 CSOs back FG on deregulation of petrol price 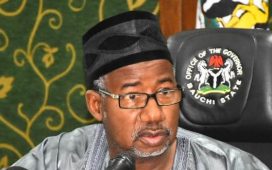 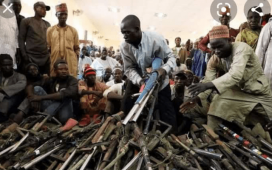 Zamfara and Futility of Amnesty for Bandits 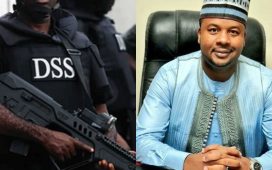