Governor Gboyega Oyetola of Osun State on Thursday implored National Youths Service Corps (NYSC) members to abstain from all forms of social vices to save and protect their future.

He said vices such as: drug abuse, advanced fee fraud, kidnapping, robbery and others are capable of killing future aspirations and goals.

The governor gave this charge at the NYSC permanent orientation camp located in Ede, during the swearing-in ceremony of 1800 2019 Batch B Stream II prospective corps members posted to the state.

The Governor, who was represented by the Secretary to the State Government, Mr Wole Oyebamiji, said the celebration of corps members is a worthy event going by their significant role in their place of primary assignment.

He said the NYSC had been grooming and moulding graduate youths to fit into the aspirations and blueprints of the nation towards total emancipation and economic expansion, saying the youths constitute the most productive segment of the population and society.

“I want you to complement the gesture of NYSC and the government by being good ambassadors and advocates of peaceful co-existence and corporate existence of our nation.

“I want you to comport yourselves in the most noble way worthy of your calling into the national service; remember that you are the greatest asset of our nation.

“As future leaders and key determinants of the peace and stability of our nation , I want you to channel your energy, vigour and drive towards the achievements of lofty ideals and aspirations and abstain from vices.

“Social vices are capable of undermining your future and hinder you from achieving your goals”, Oyetola said.

Speaking earlier, the state coordinator of NYSC, Mr Adegoke Adewale, in his welcome address, congratulated the corps members on the successful completion of their studies from tertiary various institutions and their mobilisation for national service.

He advised them to maximally use the opportunity of national service to explore the rich culture of their host communities and learn the tenets of diversity of Nigeria.

Adewale also charged them to participate in the camp activities, stressing that their success during the service year would be determined to a large extent, through internalising the ideals of the scheme which they would be exposed to during the course of their orientation exercise.

People insulted me but I did not revenge – Olubadan

Landlord kills tenant for sleeping with wife in Ibadan

Bandits launch counter-attack on villagers after gun duel with police 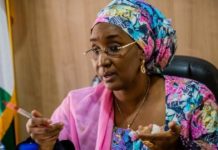 Minister to partner Zamfara govt. to support victims of banditry