According to the state coordinator, unnecessary journey by corps members was one of the ways many of them lost their lives.

She warned the corps members to always obtain permission from her before embarking on any journey during their service year.

“We have lost lots of corps members in accidents, those that did not die lost parts of their bodies and became burdens to their parents.

“There was a particular corps member that the Director-General has to sponsor abroad with N2 million to replace his ribs.

“A lot of things happened when they travel and they go without permission from the secretariat,” Ikupolati said.

She promised to continue to talks to the corps members and advised them against unauthorized journey.

She expressed hope that the present crop of corps members would heed the advice.

“The corps members have agreed to go to the interiors of the state to serve, but the employers are not ready to take good care of them. Some of them will say Federal Government has paid them.

“How much is N19, 800. We all know how much we give our own children, how can somebody said the N19, 800 stipend paid by the Federal Government is okay.

The state coordinator, therefore, appealed to corps members’ employers to appreciate the services the corps members rendered to them and pay them stipend.

Earlier in her address, Ikupolati said the ceremony marked the end of the 21-orientation exercise designed to prepare the corps members for the service year and beyond.

“It was a platform to inculcate the spirit of patriotism, selflessness, loyalty, team work and hard work into corps members. This in turn will prepare them for a life during the service year and hereafter,” Ikupolati said.

She commended the corps members for their patriotism, discipline, maturity and behavior throughout the orientation period.

“I urge you to carry this good behavior and other virtues you might have imbibed during the orientation period to the next phase of your service year and after,” she said.

Ikupolati also appealed to the corps members to accept their postings in good faith and settle down in their places of primary assignment in good time.

“The postings have been strictly done in line with the NYSC posting policy and all interests had been fairly considered,” she added.

Ikupolati expressed appreciation to Gov AbdulRahman AbdulRazaq for renovating and expanding three hostels in the camp.

She also commended all stakeholders and collaborating agencies for their support towards achieving a hitch-free orientation course.

NAN reports that 2, 000 corps members were deployed to the state for the Batch C, stream II orientation course and took oath of allegiance on Nov 7.

Gov AbdulRazaq, who declared the orientation closed was represented by the Secretary to the State Government, Dr Mamman Jibril. 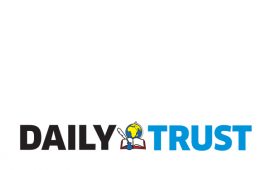 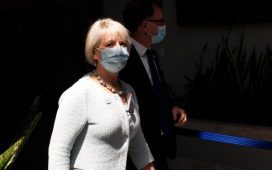 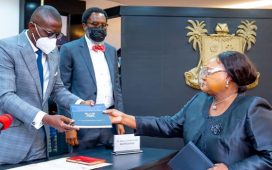 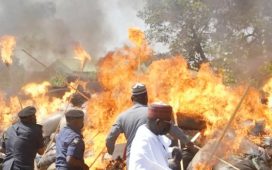