NASA is targeting the 2030s for when it will send the first human crew to Mars and a new innovation could make the more than 40 million mile journey in just three months – instead of the current seven.

Ultra Safe Nuclear Technologies, a Seattle-based tech company, is developing a nuclear-powered engine that claims to be safer and more reliable than previous nuclear propulsion (NTP), with twice the rocket efficiency as a chemical compulsion.

The system uses a specialized fuel designed with high-assay low-enriched uranium that the firm says is much more rugged than conventional nuclear fuels and can operate at high temperatures.

Although the concept was created for NASA, the firm notes that it could be used for commercial entities to take tourists to other planets in half the time. 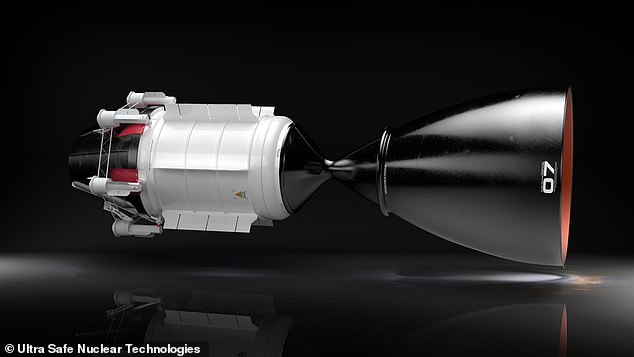 Ultra Safe Nuclear Technologies, a Seattle-based tech company, is developing a nuclear-powered engine that claims to be safer and more reliable than previous nuclear propulsion (NTP), with twice the rocket efficiency as a chemical compulsion

Ultra Safe Nuclear Technologies (USN-Tech) recently delivered the concept image and details to NASA, which it believes could take over the market as the current chemical rockets are reaching their limit – making the journey to Mars even longer than before.

Numerous companies and research groups have approached NASA with new and innovated designs, but they fell short because many are not realistic.

Dr. Michael Eades, principal engineer at USNC-Tech, said: ‘We want to lead the effort to open new frontiers in space, and do it quickly and safely.’

‘Our engine maximizes the use of proven technology, eliminates failure modes of previous NTP concepts, and has a specific impulse more than twice that of chemical systems.’ 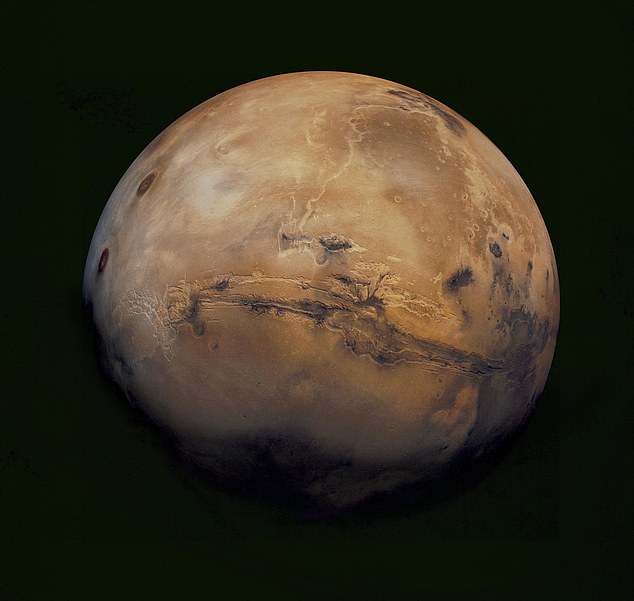 What seems to separate USN-Tech from the rest is the firm’s use of a Completely Ceramic Micro-encapsulated (FCM) fuel for the reactor.

The technology is based on a reprocessed variant of nuclear material, High-Assay Low Enriched Uranium (HALEU), which is used to power nuclear reactors and is enriched by 20 percent.

The firm suggests packing the fuel into coated fragments of zirconium carbide, which allows the system to endure high-temperatures without burning through too much fuel.

‘This allows us to leverage the advancements in nuclear technology and infrastructure from terrestrial systems and apply them to our space reactors.’ 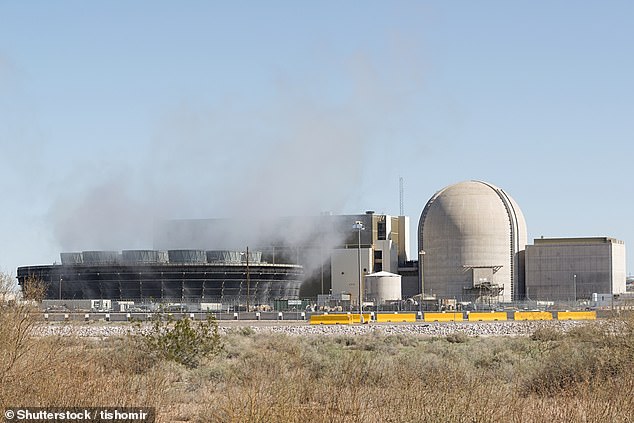 NASA is yet to nail down a date for the first human mission to Mars, but is working companies for when the launch eventually takes place.

NASA Administrator Jim Bridenstein shared in a blog post: ‘We’re planning for our first round-trip voyage to Mars to take about two years using advanced propulsion systems to enable a faster journey while limiting radiation exposure for our astronauts and other mission risks.

‘Our preferred launch window will give the crew about 30 days on the Martian surface, which is ample time to search for life on another world.’

‘Other options could require crew to be on the surface for more than a year and away from Earth for as long as three years, but it will be a long time before we have the funding, technology, supplies, and capabilities to sustain such a mission.’ 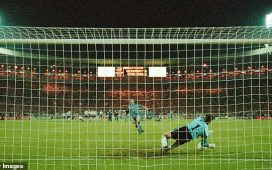 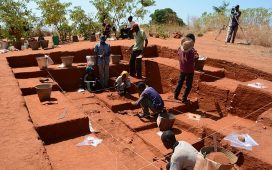 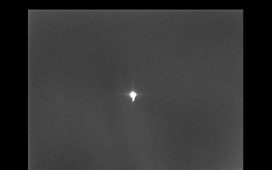