After a long evening at the National Television Awards, stars were spotted making their way to various after-parties around London.

Holly Willoughby, 38, was among the first to make a quick exit from London’s 02 Arena where the awards were held on Tuesday night.

She was spotted bundling her large pink princess tulle skirt into a taxi as she made her way to a private NTAs after party. 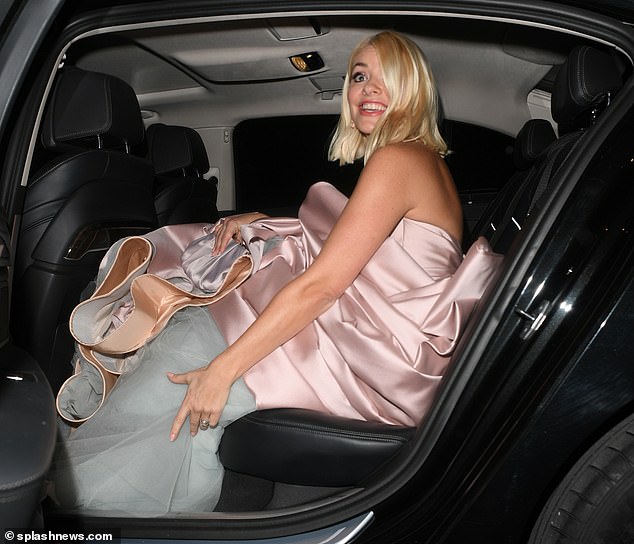 Leaving gracefully: Holly Willoughby, 38, was among the first to make a quick exit from London’s 02 Arena where the awards were held on Tuesday night

The This Morning presenter lost out to best pals Ant McPartlin and Declan Donnelly for the Best TV presenter Award but stole the show in the strapless dress, which had a tailored pink pleated bodice and voluminous tulle skirt.

Leaving gracefully, the presenter held on to her clutch bag and avoided the revolving doors in an effort not to get her large dress stuck.

She appeared to be bright-eyed and in high spirits as she was photographed leaving the O2 arena with an entourage.

With Holly and co-presenter Phil notorious for their post NTA antics the pair were no doubt continuing the night in celebration after This Morning scooped top prize in the Live Magazine Show category for the tenth year. 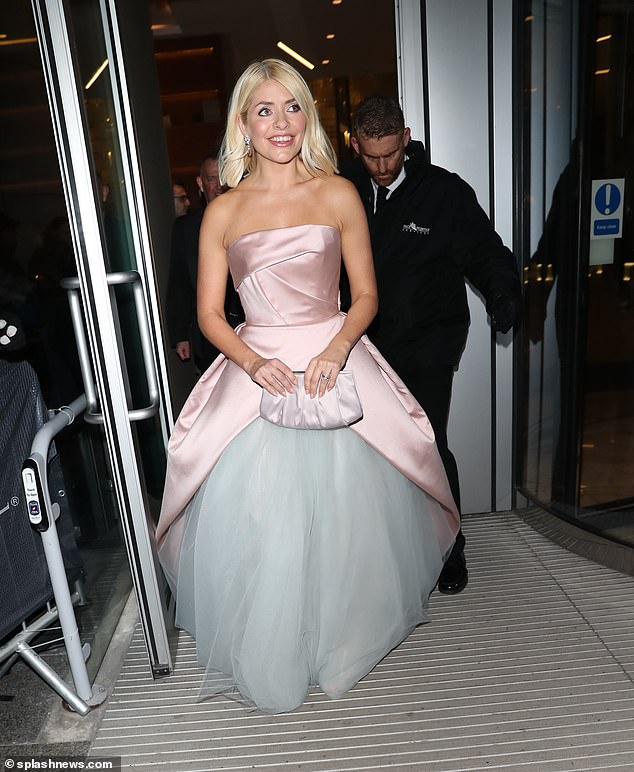 Princess dress: Leaving gracefully the presenter held on to her clutch bag and avoided the revolving doors in an effort not to get her large dress stuck

Other celebs making a quick exit included I’m A Celebrity winner Jacqueline Jossa who was seen hiking up the bodice of her dress as she got a taxi home.

The star had plenty to celebrate after I’m A Celebrity…Get Me Out Of Here bagged the Bruce Forsyth Entertainment Award over The Graham Norton Show, The Chase and RuPaul’s Drag Race UK.

The first award of the night saw host David Walliams welcome Caitlyn Jenner to the stage to present the award for Best Challenge Show.

‘At least I’m not in the jungle and don’t have to eat a cow’s eyeball!’ exclaimed Caitlyn, referring to her stint on I’m A Celebrity… Get Me Out Of Here! last year. 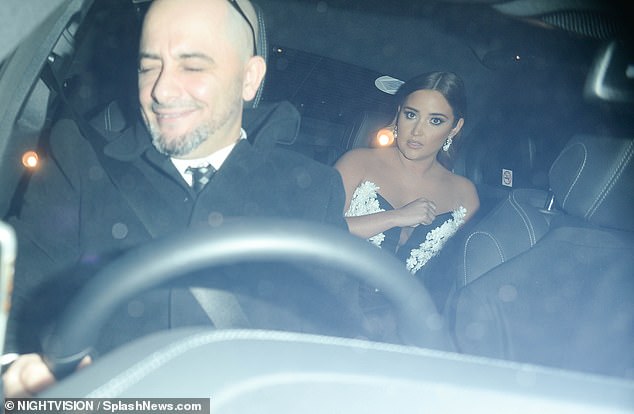 I’m A Celebrity… Get Me Out Of Here!: Other celebs making a quick exit included I’m A Celeb winner Jacqueline Jossa who was seen hiking up the bodice of her dress as she got a taxi home 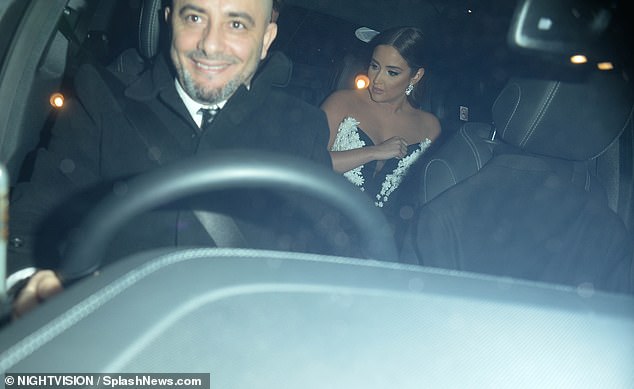 Winner: The star had plenty to celebrate after I’m A Celeb bagged the Bruce Forsyth Entertainment Award

She eventually awarded the gong to The Great British Bake Off, accepted by Paul Hollywood, who noted that it meant a lot being the show’s 10th year.

Next up was the award for Factual, which saw a record-breaking documentary by Jesy Nelson – Jesy Nelson: Odd One Out – scoop the prize.

A tearful Jesy accepted the gong. She took the stage and said: ‘This is so overwhelming, I’m such a baby [for crying]. I want to thank every single person in the documentary for being so brave and courageous for telling their story. 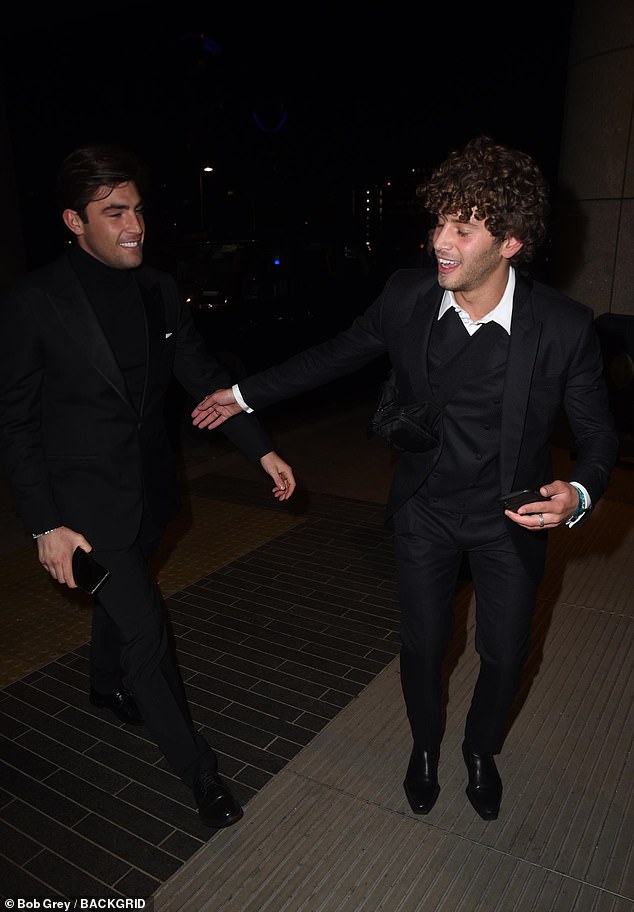 Lads on the town: New father Jack Fincham and Eyal booker make their way out of the NTAs

‘I want to thank everyone who voted. Such a negative experience in my life turned into a positive one and that’s all thanks to you guys.’

The Impact Award was bestowed upon sitcom Gavin & Stacey, which returned this Christmas for a one-off special, attracting 18million viewers. 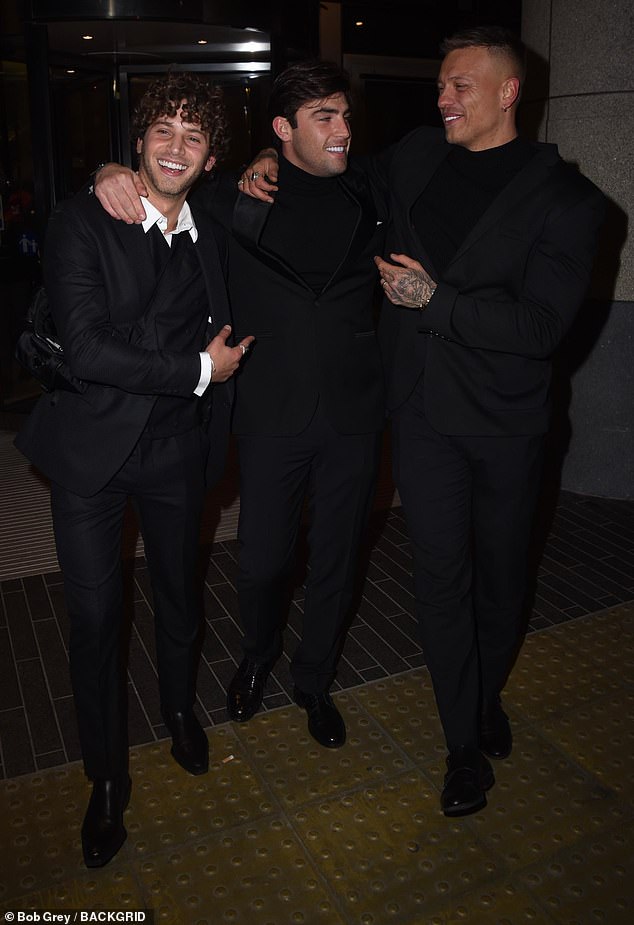 In good spirits: Jack Fincham and Eyal booker leave the NTAs as they head to an after party

The award was presented by Olly Murs, with actress and writer Ruth Jones quipping ‘What’s a-murrin’?’ – a nod to her character Nessa’s catchphrase.

She gushed about James Corden, her co-scribe of the sitcom, who ‘wished he could be there’ but was in Los Angeles, where he hosts The Late Late Show.

There were further jokes about Ant & Dec, who took the mic from David at one point, insisting that they were actually the hosts of the evening.

‘You can’t host EVERYTHING on ITV!’ David insisted, pleading: ‘Let me have tonight!’ 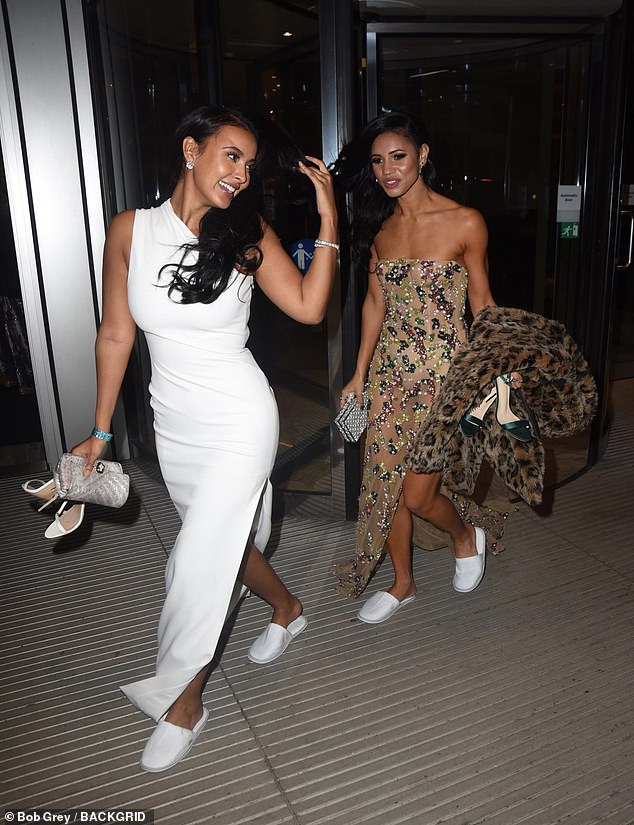 Cosy feet: Maya Jama is pictured leaving the NTAs in slippers after removing her strappy heels

The prestigious award was collected by Adi Roche, founder of Chernobyl Children International and Chris Fry, Executive Producer, Sister Pictures, who accepted it from Friends star David Schwimmer, after he enjoyed a snide back-and-forth with Walliams over which of them was the ‘funniest David on TV’.

TV stalwarts Richard and Judy were tasked with presenting the Live Magazine Show Award, which went to the show they made famous, This Morning.

Not before there was a throwback clip shown of the infamous moment Judy’s breast popped out of her dress at the 2000 NTAs.

In a nod to this, David joked ‘thank God there wasn’t a wardrobe malfunction!’ before his trousers fell down around his ankles.

Still flawless: Sam and Billie Faiers are seen leaving the 02 arena with their make-up still immaculately in place

This coincided perfectly with the next award, Best TV Judge, which David ended up winning.

Davina McCall presented this award, while David sat on Ant & Dec’s laps in the audience, in his pants, waiting to hear who the winner was.

The This Morning win, however, came with a tinge of behind-the-scenes scandal, as presenters Holly and Phil accepted the gong next to Ruth Langsford and Eamonn Holmes, who are said to be in the midst of a major feud with Phil.

The moment was peppered with sideways glances from Ruth, forced grins and an awkward moment in which Phil told her ‘your show on Fridays are great… you should say something too’ – at which Ruth gave a strained acceptance speech too. 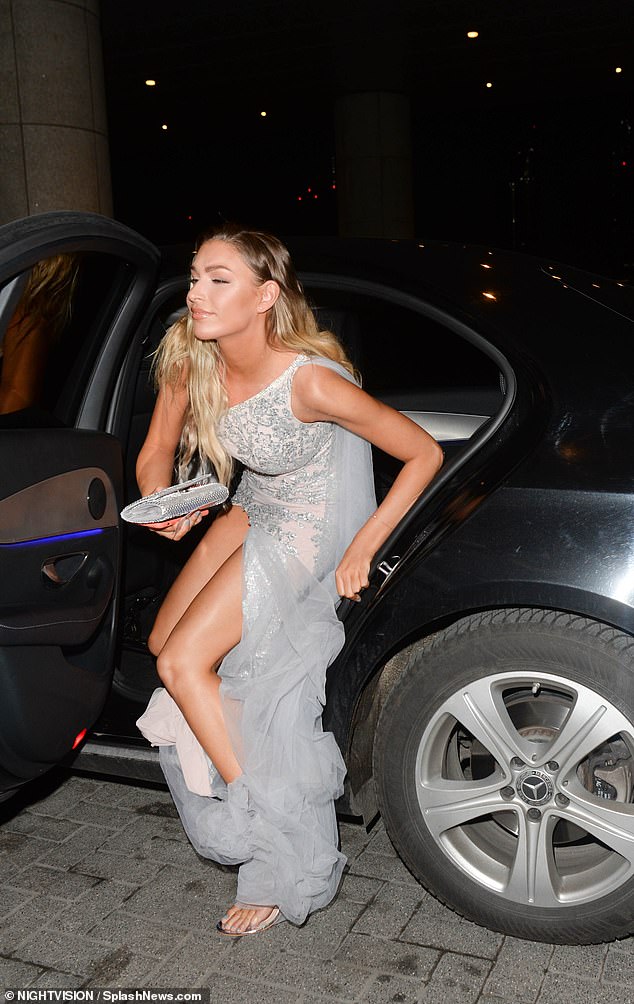 Living it up: Zara McDermott looked bleary-eyed as she prepared to keep the party going

Sir Michael Palin was awarded the Special Recognition Award, which he accepted with tales of the late Terry Jones who was one of Michael’s Monty Python comedy team and who sadly died last week.

Ant & Dec scooped the prize for Best Presenters – yet again – as well as the Bruce Forsyth Entertainment Award for I’m A Celeb – which they dedicated to those who have battled the bush fires in Australia.

They were joined on stage by the jungle class of 2019, with reigning Queen Of The Jungle Jacqueline Jossa dubbing the duo ‘the nicest guys in television’. 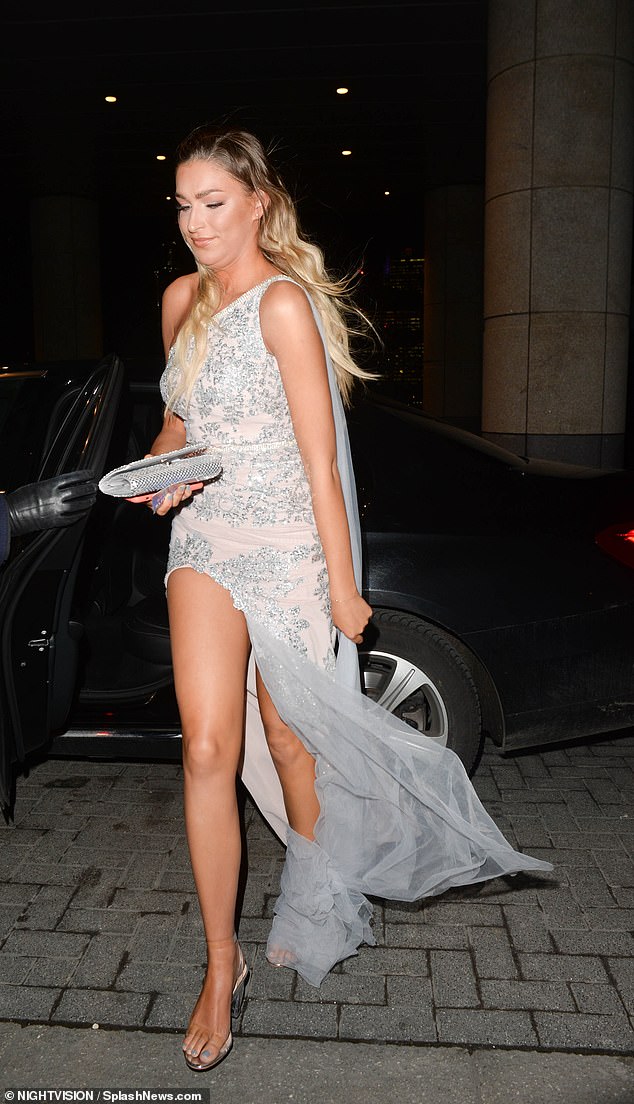 Jesy Nelson: Odd One Out [WINNER]

Paul O’ Grady: For The Love of Dogs

The Great British Bake Off [WINNER]