The New South Wales police passed up an offer by South Australian police to take a statement alleging sexual assault against Christian Porter – apparently without putting the option to the victim – new documents reveal.

The documents, produced to the NSW Legislative Council after a motion by MP David Shoebridge, reveal how a request to travel interstate to take the statement was rejected in March 2020 because it was not deemed essential.

They also show the NSW police rejected a request from Porter’s accuser to take her statement via Skype and alternatives were not pursued because the alleged victim seemed “resigned” to Covid-19 interruptions to travel delaying it until September.

Shoebridge told Guardian Australia the documents show the NSW police “made two separate decisions to delay taking a statement, neither of which appears to have had a valid basis”.

The alleged victim, who took her own life in June 2020, has accused Porter of raping her when she was a 16-year-old in January 1988 and he was 17. Porter strenuously denies the allegation.

On Thursday Guardian Australia revealed that despite taking a statement from a longtime friend of Porter and his accuser who says he had “relevant discussions” with both, the NSW police have refused to reopen the investigation because the complainant withdrew from it before taking her life.

On 27 February 2020 the alleged victim was in Sydney meeting with lawyers over a potential civil case. At a meeting “at short notice”, the NSW police say they offered the alleged victim to return to Sydney to make a formal statement but she opted instead for NSW police to visit her in South Australia so she could have a support person present. NSW police detectives made an application on 10 March 2020 to travel to Adelaide.

The application was supported by the coordinator of the investigation teams in the child abuse and sex crimes squad who noted the matter “involves a very high-profile [person of interest] and a detailed statement is required”.

“There are circumstances relating to this victim that in my view requires 2X investigators present,” he said.

The request was supported by the commander of the child abuse and sex crimes squad and the state crime command, the latter on 12 March 2020 one day after NSW police circulated a new policy that interstate travel now required deputy commissioner sign-off in response to the growing Covid-19 crisis.

The application was rejected on 13 March 2020 by the deputy commissioner of investigations and counter-terrorism who claimed there was “insufficient detail … to justify why this travel cannot be deferred in accordance with [the new policy] … restricting interstate travel to operational necessity”.

Shoebridge said this decision was “deeply troubling’”. “I can’t image something more important or essential for the NSW police than investigating an alleged sexual assault,” he told Guardian Australia.

Answers to questions on notice reveal on 1 April the alleged victim asked to commence her statement as soon as possible by telephone or a Skype video call.

The NSW police claimed a “joint decision” was made against this course, but the documents reveal the police advised the alleged victim on 2 April “her statement would not at this stage be commenced by phone / video call”. “[Name redacted] was understanding of investigators’ position.”

On 20 April, NSW police said the alleged victim was “very keen” to make her statement, and contacted South Australian police to ask for their help to take it, reaching out to a brevet sergeant who the alleged victim “spoke highly of”.

The NSW police said they hadn’t told the alleged victim about this option because they first wanted to check their South Australian colleagues’ availability.

On 22 April, NSW police attempted to call and emailed the alleged victim, explaining that “unfortunately our organisation’s travel restrictions are still in place” but without disclosing the possibility of getting SA police to take her statement.

After a further discussion with the alleged victim on 26 April, NSW police summarised that she was “currently doing well, but has basically [resigned] to the fact that it might be September-ish before things return to ‘normal’.

“Given this apparent change in urgency, I asked if she is happy to hold off and reassess again in another 4 weeks. She is happy with that arrangement.”

The NSW police said while she was “initially very keen to commence her statement as soon as possible, she is now quite understanding of the current travel restrictions and is now happy to wait until these are eased and we are able to travel to SA again to obtain her statement”.

NSW police continued to check the availability of South Australian colleagues to take the statement, noting it was possible the alleged victim could change her mind.

On 30 April, the brevet sergeant replied she was “more than happy to assist”, offering to take the statement in early May before her transfer to a different area on 7 May.

“I’m more than happy to help you out with things on my end as much as I can,” she wrote on 1 May.

Shoebridge said that “disturbingly” despite the South Australian police agreeing to take the statement, the NSW police “shut this option down without ever referring back to the complainant”.

“This was a critical decision that led to months more delay during which the complainant tragically took her life.”

On 4 May a progress report noted the investigation was “on hold pending relaxing of travel restrictions imposed by Covid-19”.

Police had ongoing contact with the alleged victim, about five or six times, before a welfare check and travel status update on 22 June. The woman withdrew from the investigation on 23 June and took her life on 24 June.

On 20 August the investigation was formally closed, with a report noting the “sad outcome” of the complainant’s death but praising investigators for following procedure and keeping the “victim’s welfare and mental health” at the forefront of their minds.

The manager of the investigation teams concluded it was a “difficult investigation given the Covid-19 restrictions and the complexities surrounding the statement that was required from the victim”.

“Ultimately it is a sad outcome that the victim took her life, however that is absolutely no reflection on the investigators involved – they were outstanding in all of their dealings with the victim.”

Scott Morrison has steadfastly refused to call an independent inquiry, declaring Porter is an “innocent man under our law”.

The South Australian coroner could still consider whether the alleged sexual assault should be included in a potential inquest into the woman’s death, but has yet to announce a decision.

Porter has launched a defamation case against the ABC and Louise Milligan, which may also test the allegation if it proceeds to trial and the broadcaster and investigative journalist invoke the defence of truth.

Porter has been reshuffled out of the attorney general’s portfolio into science and technology, also losing the position of leader of the House. 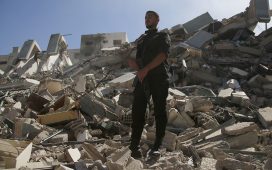