GAVIN Williamson has faced yet more mockery after sniffing at a portrait of the Queen.

He made the comments during a gaffe-laden interview in which he also confused black sportsmen Marcus Rashford and Maro Itoje.

A minister today said it was “highly unlikely” Mr Williamson was being racist.

Pointing to a portrait of Her Majesty, the Education Sec added: “That was a gift… I do think we could get a more flattering one… Obviously every picture of the Queen is absolutely stunning but I’ve seen better than that.”

Sources say it was “light-hearted chat” at the start of the sit-down with the Evening Standard.

But the remarks sparked hilarity online with people sharing memes of the minister.

One shared a picture of Mr Williamson with Prince Charles and joked: “Gavin Williamson MP meets the Queen.”

Mr Williamson yesterday apologised for the “genuine” error and said he had the utmost respect for both players who have led campaigns for children.

During interviews this morning care minister Helen Whately said it was “highly unlikely” her Tory colleague was being racist.

Asked by LBC’s Nick Ferrari if Mr Williamson was racist or incompetent, she said: “I can’t believe for a moment that he is [racist], I think that sounds highly unlikely… You’ve given me a false choice, you’re trying to put me in a trap to say one or the other.”

Labour’s David Lammy yesterday described Mr Williamson as “the most ignorant, clueless and incapable Education Secretary in the UK’s history.”

Both Rashford and Itoji appeared to take the blunder in good faith and laughed it off.

Mancunian Rashford said: “Accent could have been a giveaway” with a laughing emoji.

Itoje is from London and has a southern accent – while also dwarfing the footballer.

While Rashford is 5ft 9 and weighs 154lbs, muscular forward Itoje towers at 6ft 4 and weighs 240lbs.

Itoje tweeted: “Due to recent speculation I thought it was necessary to confirm that I am not Marcus Rashford…

“And whilst we are here my name is not Mario either!! Just a simple Maro Itoje will do…” 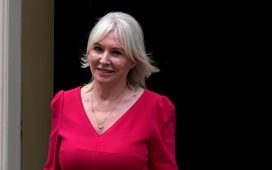 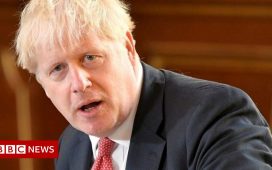 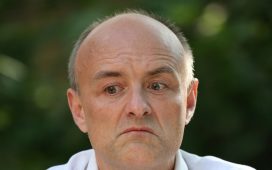 Dominic Cummings knocked back by watchdogs over secretive new job 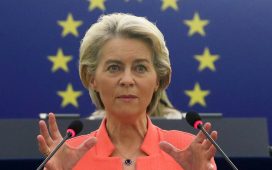 PM: New security pact with Australia and US will ‘make the world safer’