Game, set, match to the Australian immigration authorities – or is it? Just three days before the start of the opening grand slam of the year, the Novak Djokovic saga took another twist today when the Australian Open defending champion had his visa re-cancelled by Alex Hawke, the country’s immigration minister.

When the men’s world No.1 tennis player arrived at Tullamarine Airport in Melbourne nine days ago he was barred from entering the country after the Australian Border Force stated that he had “failed to provide appropriate evidence” to receive a vaccine exemption and his visa was subsequently cancelled.

Described by The New York Times’s Lindsay Crouse as an “anti-vaccine star athlete”, the Serb spent five days in detention before winning a courtroom battle after a judge said the decision to revoke his visa was unreasonable.

However, immigration minister Hawke today exercised his power under Australia’s Migration Act to cancel the visa on “health and good order grounds”, and on the basis that it was “in the public interest to do so”.

Djokovic’s quest for a record 21st grand slam win “looks to be over now”, said Tennis.com. But his legal team are pursuing his available legal options heading into the weekend.

Unless he successfully appeals for a second time, Djokovic faces an “even more challenging reality” – the possibility of a three-year ban on receiving a visa to enter Australia, meaning he would be unable to play in the major again until 2025.

Djokovic’s lawyers continue to fight the decision with the “same stubbornness that the Serb brings to a baseline rally”, said The Guardian. A court hearing that took place late on Friday evening in Australia was adjourned after the parties made their submissions.

Following the urgent hearing, Djokovic’s counsel Nicholas Wood confirmed that the player is not in detention and is due to attend an interview with immigration officials on Saturday morning.

Today’s hearing was more “procedural” and the main hearing will be Sunday, said The Guardian’s Paul Karp. “So we’ve got at least a couple more days of this to look forward to.”

Murray: ‘Not great for the tennis’

Wood attacked the Australian government’s decision-making process. He claims the visa was cancelled not because Djokovic was unvaccinated, but because it might “excite the anti-vaccination movement in Australia”, the BBC said. His player’s legal team are also “very concerned about time”.

The nine-time Australian Open champion, who will be detained tomorrow, remains in the draw for the tournament. He is scheduled to play in the first round against fellow Serb Miomir Kecmanovic on Monday.

Should Djokovic win a second appeal, and be allowed to play in the slam, he would be on the same side of the draw as Rafael Nadal. The duo, both 20-time grand slam winners, could possibly face each other in the semi-finals.

This is “such a mess” on the eve of the Australian Open, said Tom Parmenter on Sky News. It is one of the “most extraordinary spectacles in sport, off the tennis court”. There’s been bitterness from both sides, and it has polarised the anti-vaccination debate. “It has really become much bigger than that now.” 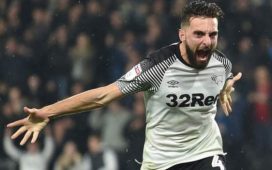