Novak Djokovic refused to say whether he will compete at the Australian Open after it was confirmed that players will have to be vaccinated against Covid-19 to enter the tournament.

The world No 1 was asked whether he would play in Melbourne following his ATP Finals defeat to Alexander Zverev. “We’ll see,” Djokovic replied.

When pressed further, the Serbian added: “I haven’t been talking to them [the organisers]. I was just waiting to hear what the news is going to be. Now that I know, we’ll just have to wait and see.”

The nine-time Australian Open winner has previously criticised vaccine mandates, saying earlier this week: “The freedom of choice is essential for everyone, whether it’s me or somebody else. Doesn’t really matter whether it’s vaccination or anything else in life. You should have the freedom to choose – in this particular case, what you want to put in your body.”

Zverev, who defeated Djokovic 7-6 (4), 4-6, 6-3 in their Turin semi-final, hopes the reigning champion will be able to play at Melbourne Park but respects the state of Victoria’s right to set its own requirements.

“This is a very tough one because it’s very political,” Zverev said. “But we are visiting another country. This is not about tennis. This is about the virus that is going on. We need to follow the rules and follow the guidelines.”

“I hope he’s able to play. I’m No 3 in the world so, if he doesn’t play, it’s easier to win the tournament. This is obvious!” the German added. “Also he’s No 1 in the world so he should be there. Hopefully the Australian government will make an exemption … for him to be able to participate there.”

Zverev, who ended Djokovic’s hopes of a golden slam by beating him at the Tokyo Olympics in the summer, produced another fine display to win 7-6 (4), 4-6, 6-3 and set up a final against last year’s winner, Daniil Medvedev.

The Russian sealed his place with a more straightforward 6-4, 6-2 victory against the Norwegian debutant Casper Ruud. Medvedev defeated Zverev in the group stages earlier this week in a match that went right to the wire, and will be the favourite having won their last five meetings.

Victory in Tokyo has given Zverev belief that he can beat Djokovic ,and that confidence shone through as he saved a set point at 6-5 down in the opener before prevailing in an exceptional tie-break.

Rarely can Djokovic have lost a set where he has played at such a high level, but he responded in trademark fashion to level the match. A sloppy game early in the third was uncharacteristic, though, and Zverev held firm on his own serve to clinch his place in the final.

Earlier, Joe Salisbury made history by becoming the first British player to reach the doubles final at the ATP Finals. Salisbury and the USA’s Rajeev Ram came from a set down to claim a 4-6 7-6 (3) 10-4 victory over the top seeds, Nikola Mektic and Mate Pavic of Croatia.

“It’s a big achievement. Obviously really, really proud of it,” Salisbury said afterwards. “But I don’t want to be just a Brit getting to the final, I want to be the one winning it.” To do so, the pair will have to overcome France’s Nicolas Mahut and Pierre-Hugues Herbert, who beat Marcel Granollers and Horacio Zeballos 6-4, 6-4. 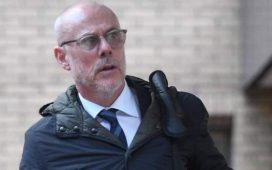 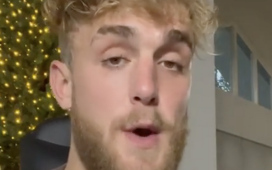