A divorcee seeking a wealthy boyfriend has won £13,100 in damages from an elite dating agency after it failed to introduce her to the match she hoped would be “possibly the man of my dreams, the father of my child”.

Tereza Burki had sued Seventy Thirty, based in Knightsbridge, central London, for deceit and misrepresentation. On Wednesday the high court ruled it had misled the businesswoman about its “exclusive” membership.

“This case is about a woman looking for romantic happiness who says she was tricked into shopping in the wrong place, paying a large sum to a dating agency which, she says, made promises but failed to produce the goods.”

Burki, 47, a mother of three who lives in Chelsea, approached the dating service in 2013 in pursuit of a new partner. “Her requirements were not modest,” the judge observed.

What she wanted was a “sophisticated gentleman”, ideally employed in the finance industry. It was important that he should lead a “wealthy lifestyle” and be “open to travelling internationally”.

Her most important requirement was a willingness to have more children since she had always wanted four. Burki was encouraged by what she read about Seventy Thirty and eventually signed up, paying £12,600.

The judge said the agency’s then managing director, Lemarc Thomas, claimed there was a substantial number of wealthy male members actively engaged in its matchmaking services who were a sufficient match for Burki’s desires.

This was false and misleading, said the judge, because there were only about 100 active male members altogether. That number could not “by any stretch of the imagination” be described as a substantial number, even without considering how far that number would have to be reduced to allow for compliance with her criteria.

“Had Ms Burki known what the true size of the active membership was, she would not have joined Seventy Thirty,” he said. She was induced to enter her contract with the agency by the false representations given by Thomas, who must have known he was giving her a wholly false impression, he added.

In her legal action, Burki sought the return of her membership fee and damages for distress. The agency counter-sued her for libel and malicious falsehood in connection with two online reviews she wrote.

Ruling on the agency’s libel claim, Parkes said he had not found the business was a fundamentally dishonest or fraudulent operation, although at the time it probably had a short supply of suitable men.

Had Thomas explained to Burki that the database included active members, former members who still wished to be matched, and people who had been headhunted and had agreed to be put on the database in the hope of finding a suitable partner, she would have had little cause for complaint, Parkes said.

Susie Ambrose, the founder and company director of Seventy Thirty, said Burki had joined with the “lofty and unrealistic” expectations of how many men she would be introduced to through the agency.

“We are a niche, exclusive agency, not a mainstream, mass-market online dating service. We are not going to have thousands of members because there simply aren’t thousands of single, wealthy, high-calibre prospects out there,” Ambrose said.

She added: “By her own admission in court, Ms Burki never read the terms and conditions … Ms Burki was found to have libelled Seventy Thirty, as the judge said that we had sourced excellent matches for her. Therefore, her remarks about us being a non-reputable and fraudulent company were deemed untrue and entirely without foundation.” 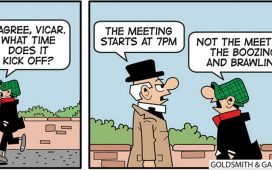 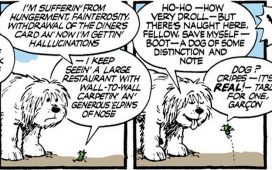