NEWSCABAL
Home » ‘Not credible’: neither Tories nor Labour are being ‘honest’ about spending plans
politics

‘Not credible’: neither Tories nor Labour are being ‘honest’ about spending plans


Neither the Tories nor Labour has offered a “properly credible prospectus” for public spending in their general election manifesto, the Institute for Fiscal Studies (IFS) has said.

The Financial Times reports that IFS analysis found voters had a choice between “a do-nothing Conservative party that was likely to break its manifesto promises” and “radical Labour and Liberal Democrat policies that would not be achievable in one parliament”.

Here is what the IFS analysis said about each party’s spending promises.

What does the analysis say about the Conservatives?

The IFS report concluded that the chances of the Conservatives being able to keep spending down over a five-year parliament in the way they have pledged is “remote”.

Director of the IFS, Paul Johnson, said that the Tories have been “immensely modest” in their proposals because to do anything else would require reneging on their pledge to balance the current budget. He added that proposing anything more wide-reaching “would mean being up front about the need for tax rises to avoid breaking that pledge”.

According to The Independent, the IFS analysis found the Tory manifesto promises “no more austerity… but [has] an awful lot of it baked in”, and that it would leave spending on public services other than health 14% lower in 2024 than when austerity began in 2010.

The IFS also said that Boris Johnson’s spending pledges are built on the need to complete the Brexit trade transition by the end of 2020; if it is not done on time it risks disrupting the economy. The prime minister’s pledge to leave without a deal if one is not agreed by the end of December 2020 is described by the report as another “die in a ditch style promise”.

The Tories have pledged to spend an additional £3bn in total on public services, and have committed to raising the threshold at which workers start paying National Insurance contributions from £8,628 a year to £9,500 – eventually rising to £12,500.

What about Labour’s plans?

The Independent notes “the vast gulf between cautious Tory plans which offer little change and radical Labour… proposals”, with the IFS report stating: “Rarely can a starker choice have been placed before the UK electorate.”

The IFS says that Labour would not be able to deliver on its promise to raise investment levels by £55bn a year as the public sector does not have the capacity to “ramp up” that much that quickly.

It also adds that the chances a Labour government would have to find other tax increases beyond those it has announced for big business was “highly likely”. The report says: “It is highly likely that Labour, at least over the longer-term, would need to implement other tax raising measures in order to raise the £80bn of tax revenue that they want.”

The Financial Times reports that Labour sticking to its proposals “would clearly increase taxes for many millions outside the top 5%”.

However, the IFS report also notes that Labour’s plans are “not so dissimilar to those seen in many other successful Western European economies”. “Labour’s proposed increase in the size of the state would still leave UK public spending at a lower share of national income than that seen in Germany,” the report adds.

And the Liberal Democrats?

The Lib Dem manifesto is the only set of pledges that “would appear to put debt on a decisively downward path”, according to the IFS.

The report does, however, note that “if you want big increases in taxation and spending then Labour and the Liberal Democrats have plenty to offer”.

The Lib Dem manifesto says that staying in the EU would give the UK a £50bn “Remain bonus” that a Lib Dem government would spend on public services. The party is also pledging to raise specific taxes for specific policies – so, for example, an air passenger duty rise would help pay for the fight against climate change. This is part of its bid to cut government borrowing. 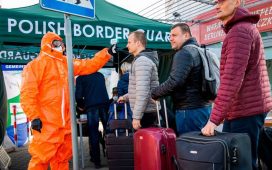 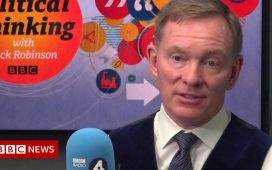 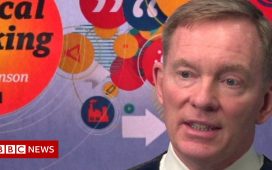 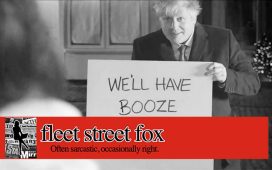