Air fares between Great Britain and Northern Ireland are soaring for the days allocated to travel before and after Christmas.

People travelling between Northern Ireland and the rest of the UK will be able to travel over the course of seven days – between 22 and 28 December.

For journeys within England, Wales and Scotland, the window in which unlimited travel is allowed – the so-called “Christmas Ease” – is a day shorter on either side.

The extra time for Northern Ireland is intended to allow travellers to make the journey across the Irish Sea but still have five full days with other households.

Demand for the additional travel dates has triggered sharp rises in air fares. On the flagship British Airways route between London Heathrow and George Best Belfast City, BA is showing one economy seat left at £406 one-way for the 6.45pm departure on 22 December.

On the last flight of the afternoon from Belfast to Heathrow on 28 December, one economy seat remains at £412.

But if they are bought together, the return fare is £644.

The lowest fares on those days on British Airways are for the early morning departure in either direction, currently available at £283 return – excluding checked baggage.

Earlier this week, before the travel days were announced, Ryanair was selling Stansted-Belfast International flights for as little as £31 return, out on Christmas Eve, back on 27 December, but this fare is now £217 – an increase of 600 per cent.

Prices for many shorter flights are rising sharply.

For the 110-mile hop from Glasgow to Belfast International on 22 December, easyJet is selling at £144 one way – an increase of £26 in a few hours.  Loganair has an earlier flight from Glasgow to George Best Belfast City for £75.

The traffic flows are highly directional, with prices much lower in the opposite direction. The easyJet fare is only £37 from Belfast to Glasgow, about one-quarter of the westbound price.

Travellers can save by travelling as close to Christmas as possible. While there are no flights to or from any Northern Ireland airport on 25 December, fares fall sharply on Christmas Eve.

Loganair’s fare from London Stansted to City of Derry airport is £164 on 22 and 23 December, but £60 less on Christmas Eve.

As well as demand for air travel being squeezed into a few days, supply is lower due to the demise of Flybe – the principle airline to and from Northern Ireland – in March.

Given the high fares, some travellers may be tempted to travel via a third country. For example, on 23 December, a flight-comparison website is showing a total fare of £72 from London Gatwick via Amsterdam to Belfast International.

But the act of changing planes in the Netherlands is enough to trigger 14 days of quarantine on arrival in Northern Ireland. 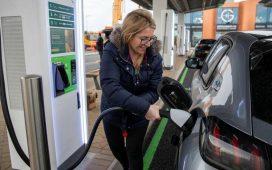 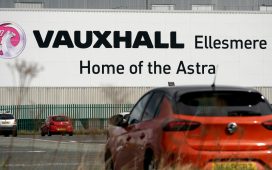 Vauxhall could have to pay 1million drivers £2,500 each after emissions “cheating” allegations, lawyers say 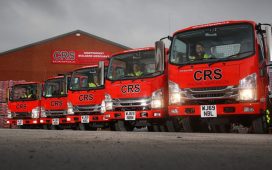 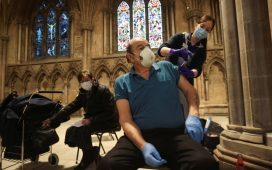 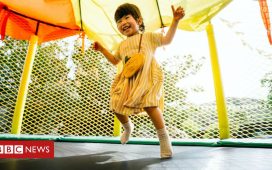